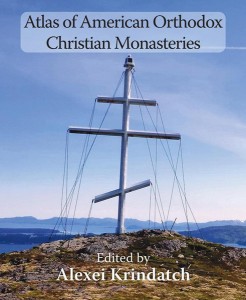 The first-ever “Atlas of American Orthodox Christian Monasteries” has been released by the Assembly of Canonical Orthodox Bishops of the United States of America. The Atlas can be purchased ($19.95) on Amazon.com or directly from the publisher, the Holy Cross Orthodox Press.

Please share this announcement with your parishioners and friends via your parish’s mailing list, Facebook, and other social media.Drawing on extensive research, as well as fascinating stories and “insider” anecdotes, the Atlas offers readers: