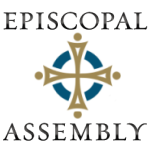 The 2012 Annual Meeting of the Assembly of Canonical Orthodox Bishops of North and Central America will be convened Monday through Wednesday, September 10 through 12 at the O’Hare Airport Hilton Hotel in Chicago, Illinois. This is the third Annual Meeting of the Assembly which consists of the sixty-six active hierarchs serving the Church in this geographic region: eleven residing in Canada, five in Mexico and fifty in the USA. The first annual meeting was convened in New York City in 2010 and the second in Chicago in 2011. Provided below is the schedule for the Meeting, a proposed agenda for the several business sessions and a Timeline synopsis of the Assembly’s activities from its inception up to the present. The prayers of all clergy, monastics and laity are requested by and for the bishops.

By way of background, delegates from the fourteen Autocephalous Orthodox Churches participated in a historic Fourth Pre-Conciliar Pan-Orthodox Conference, which met at the Center of the Ecumenical Patriarchate in Chambésy-Geneva, Switzerland on June 6-12, 2009. The Conference was a direct result of the Synaxis of the Heads of all the Orthodox Churches, convened by His All Holiness Bartholomew I at the Ecumenical Patriarchate October 10-12, 2008. At that time, the Heads of the Churches expressed their “desire for the swift healing of every canonical anomaly that has arisen from historical circumstances and pastoral requirements, such as in the so-called Orthodox Diaspora, with a view to overcoming every possible influence that is foreign to Orthodox ecclesiology.”

Acting as formal representatives of the Autocephalous Churches, the members of the Fourth Pre-Conciliar Conference in Chambésy in 2009 affirmed “that is the common will of all of the most holy Orthodox Churches that the problem of the Orthodox Diaspora be resolved as quickly as possible, and that it be organized in accordance with Orthodox ecclesiology, and the canonical tradition and practice of the Orthodox Church.” The Conference decided to establish an “Episcopal Assembly” (aka “Assembly of Bishops”) in specific geographic regions which are beyond the boundaries of the Autocephalous Churches. The Conference identified twelve such regions throughout the world, of which that of North and Central America is one.

For more information on the establishment of these twelve Assemblies of Bishops and, in particular, the work of our own Assembly of Canonical Orthodox Bishops of North and Central America, please refer to the new Timeline of the Assembly now available.

View the agenda of the upcoming Assembly (pdf).