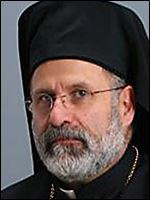 CHICAGO — Three bishops have been nominated to be the first new leader in half a century of the Antiochian Orthodox Christian Archdiocese of North America.

The candidates were chosen Thursday at a special assembly in Chicago, called to recommend a successor to the late Metropolitan Philip Saliba, who died March 19 at age 82 after leading the growing denomination since 1966.

Among the nominees for his successor is Bishop John Abdalah of the Diocese of Worcester and New England, who served for 16 years as dean of St. George Cathedral in Pittsburgh’s Oakland neighborhood and for 16 years before that at St. George Church in New Kensington, Pa. 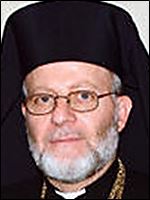 Also nominated was Bishop Basil Essey of the Diocese of Wichita and Mid-America, who was born in Monessen, Pa., and attended St. Michael Antiochian Orthodox Church while he was raised there.

A third nominee was Archbishop Joseph Al-Zehlaoui of Los Angeles and a native of Syria, the homeland of the Antiochian Orthodox tradition.

The assembly included some 500 bishops, trustees, priests, and lay delegates.

The names of the three nominates will now go on to Holy Synod — the metropolitans or major leaders of Antiochian Orthodox jurisdictions around the world — with a final choice expected within 40 days, said the Rev. George Kevorkian, hierarchical assistant to the archdioceses’s bishops.

The metropolitans are scheduled to meet in early July with Patriarch John X of Antioch, he said.

While the synod could in theory select someone other than the three nominees, it would be highly unusual, given the process of receiving nominations from the North American assembly, Mr. Kevorkian said. 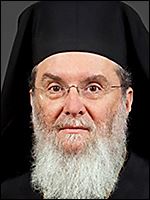 Bishop Abdalah, along with his pastoral work in southwestern Pennsylvania, has long been editor of The Word, the official publication of the denomination. He and his wife, the late Joanne Abdalah, who died in 2008, had three children who are now grown. He was first named a bishop in 2011. He received a doctorate in ministry in pastoral care from Pittsburgh Theological Seminary, among other degrees. He taught pastoral counseling at the St. John of Damascus Institute at the Balamand Monastery of the Dormition in Lebanon.

Bishop Essey served at a parish in Detroit as director of the archdiocese’s youth office and did academic work at Balamand before becoming bishop.

Archbishop Al-Zehlaoui studied in the Mideast and pastored parishes in the Damascus cathedral and other churches in multiple countries before coming to America. He oversees a wide expanse of territory in the West.

The Block News Alliance consists of The Blade and the Pittsburgh Post-Gazette. Peter Smith is a reporter for the Post-Gazette.