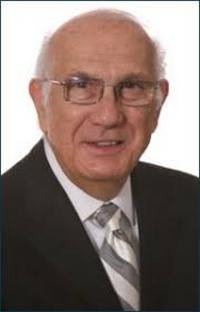 I write to you as an eighty-year old grandfather; a life-long, active member of our Church.  My message has not been approved by the board of Orthodox Christian Laity (OCL).  It is a deeply personal message.

I received the news of the retirement of Archbishop Demetrios of the Greek Orthodox Archdiocese of America with sadness…and a glimmer of hope.

What were those actions?

First, was the forced “retirement” of Archbishop Iakovos, of blessed memory, in response to His Eminence’s participation in the meeting in Ligonier, PA.

Next, was the brief and tumultuous ministry of Archbishop Spyridon, sent from the Patriarchate to lead the Church in America, about which much has been written. At this point, little more need be added except to note that the Patriarchate’s decision did not improve the Archdiocese.

Next, was the unilateral imposition of a new Charter by the Patriarchate in violation of the explicit terms of the existing (1977) Charter.  In fairness to some members of the Executive Committee of the Archdiocesan Council, it must be noted that they joined with parish delegates at the Los Angeles Clergy Laity Congress to insist that a discussion be permitted and amendments voted on to the proposed Charter. Sadly, when the Patriarchate ignored the Amendments, the Archons, Leadership 100, FAITH and, ultimately the Archdiocesan Council did nothing to reject the imposition of the Charter, which further diminished the voice of the laity and weakened both the position of the Archbishop and the unity of the Archdiocese.

Sadly, it must be noted that the newly-minted Metropolitans, apparently content with their new titles, territories and rotating positions on the Holy Synod in Turkey, abdicated all of their responsibilities to the Archdiocese and the Archbishop.  Together with the lay members of the Executive Committee of the Archdiocesan Council, and the entire Council, the Metropolitans claim to be clueless about the finances of the Archdiocese, the St. Nicholas Shrine at Ground Zero, and the crisis at Hellenic College/Holy Cross.  By failing to demand transparency and accountability in the affairs of the Archdiocese, they all now claim ignorance and seek to place all blame on the Archbishop and former members of his staff that they had the fiduciary duty to oversee.

So, where is the glimmer of hope?

As Orthodox Christians, we believe in miracles.  We also believe that the Holy Spirit, which is present everywhere and fills all things, works through the laity as well as the clergy.  Our hope rests on the fact that the crisis in our Archdiocese may compel the lay leadership of the GOA to demand the restoration of the unity of the Archdiocese and the position of the Archbishop.  The Archdiocese must have a new Charter and new Regulations which restore the voices of both the Clergy and the Laity of the Archdiocese. The Archdiocese must have an Archbishop with Diocesan Bishops who report to, and are responsible to him, not to a Synod on the other side of the world. What is an Archdiocese without “Dioceses”? What is an Archbishop without bishops? A Charter which recognizes the Archdiocese of America as a fully Autonomous Archdiocese is essential for the survival of our Church.  The Archons, Archdiocesan Council, Leadership 100 and FAITH members must have a clear-eyed view of the situation.  If they want a Church for their children and grandchildren, they will join together, and with one voice, they will inform the Patriarchate that its actions against the unity and peace of the Archdiocese have produced an existential threat to the survival of Constantinople’s “Eparchy” in America.

Our only hope rests with the lay leadership of the Church. Writing checks; accepting titles; sitting at the head table at banquets is not enough.  Leadership requires accountability. If you fail to act now, at this time of crisis and transition, you will be asked to answer the question:

“How could you have allowed this to happen?”