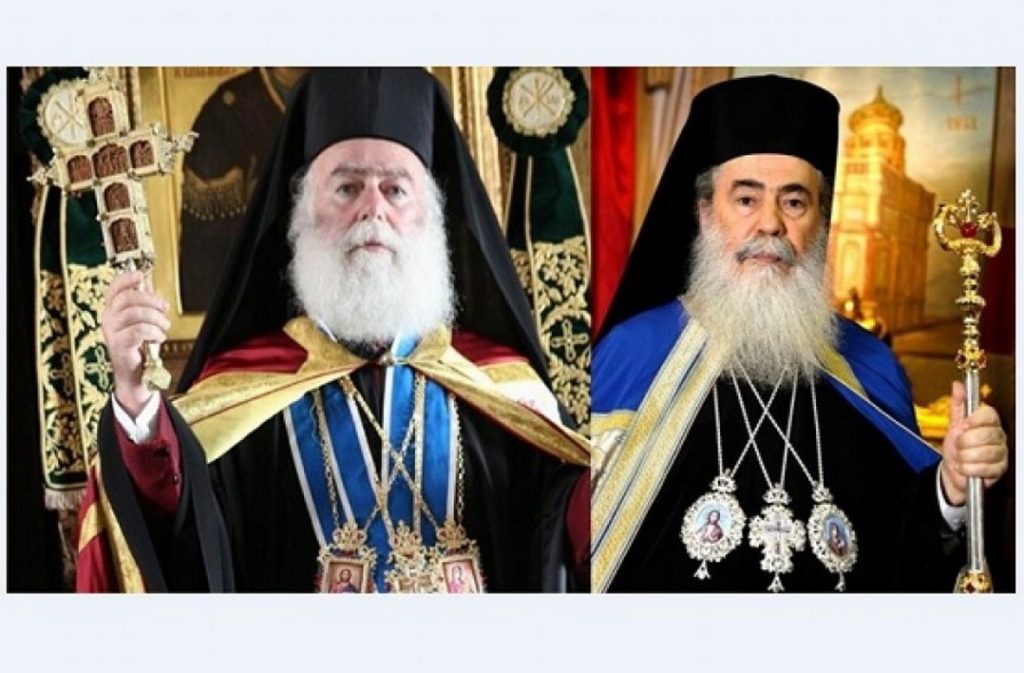 An extraordinary Synod of the Ancient Patriarchates (Constantinople, Jerusalem, Alexandria, Antioch) including the Autocephalous Church of Cyprus (which enjoys a special status as her autocephaly was given by an Ecumenical Synod), is being planned, sources have told Helleniscope.  Behind the scenes, preparations are now taking place and a committee is delivering a letter by Pat. Bartholomew to the other Church leaders, visiting them in person, in an effort to present a unified as possible front when the real Synod takes place. Only the Patriarch of Constantinople has the right to call such a Synod.

The agenda of the planned Synod will focus on an official reaction to the establishment of an exarchate by the Russian Patriarchate in Africa, named “Metropolis of Klin” and headed by Metropolitan Leonid.  For the moment, the Metropolis of Klin is housed in Moscow but it was reported that the Russian Patriarchate has requested from the Egyptian authorities a permit to build a Church and headquarters in Egypt. Initially, over 102 priests with their parishes accepted the “omophorion” from Moscow Patriarchate, but recently another 15 priests made the same choice.

A committee from the Patriarchate of Alexandria visited the Phanar in late January to discuss these issues.  Some proposed a Pan-orthodox Synod but Pat. Bartholomew and others did not like the idea, because the Russians, followed by the many Eastern European Orthodox Churches would be more powerful in such a setting.  As a result, Pat. Bartholomew, who will be remembered in history as “the Patriarch of the Schism”, decided an easier avenue: A Synod of the Ancient Patriarchates including the Church of Cyprus, where his divisive views will have the majority.

Even in such a setting though, the Patriarchs of Antioch and Jerusalem are likely to support the Russian Church, while the Archbishop of Cyprus, soon to be replaced, will end up having to deal with a Russian Exarchate in Cyprus, if extreme measures against the Moscow Patriarchate are decided. Cyprus is home to at least 50,000 Russians.  The Church of Cyprus is divided on the Ukrainian autocephaly issue and several Metropolitans along with the powerful Kykkos Monastery are supporting the Russian positions.

Bishop Gregory of Peristeri (Greek Church) has proposed to deprive the Russian Orthodox Church of autocephaly for a period of five years and immediately after to call a Pan-Orthodox Synod to resolve the “Russian schism” that arose due to the creation of the Exarchate of the Russian Orthodox Church in Africa.  Such ideas will only exacerbate the divisions as it does not recognize that the Schism was the direct result of the actions of Pat. Bartholomew in Ukraine.  The Russian Church dismissed these ideas immediately and Metropolitan Leonid of Klin suggested that the autocephaly of a Church is not a franchise to be given and taken away at will.