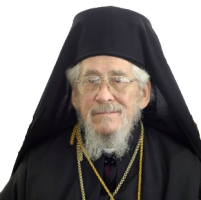 As part of the celebration of the 25th anniversary of the Orthodox Christian Laity, we present to you a two part interview: A Vision of A Unified Church In North America – with Metropolitan Christopher. Recorded at the 20th Annual Meeting of OCL, November 2007.

Part 1. Why is Unity in the United States Important?

Part 2. What is the Role of the Laity in Helping to Create Unity?