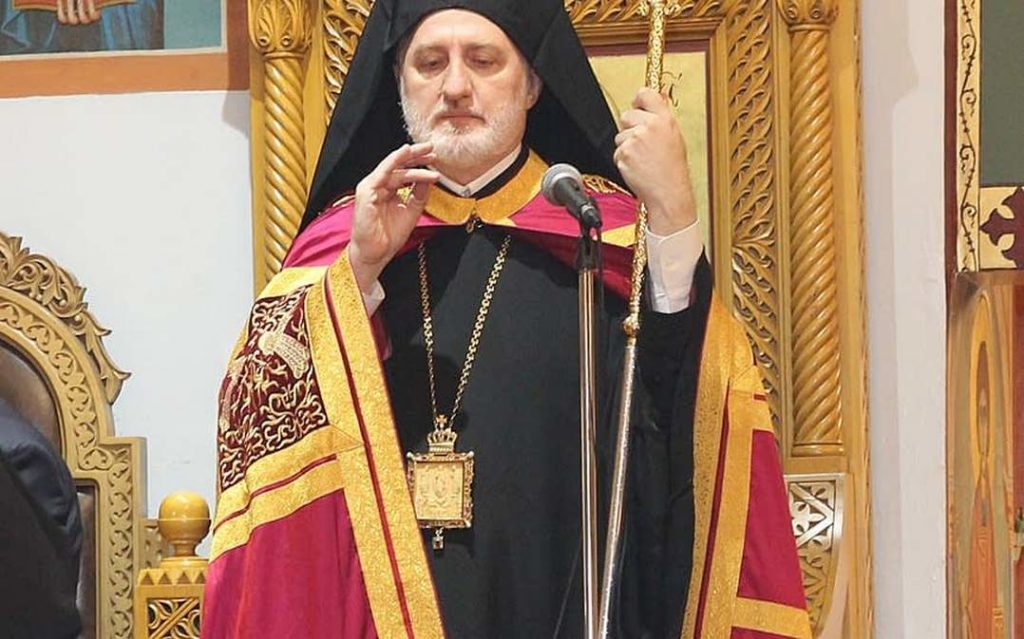 His Eminence Archbishop Elpidophoros of America officiating at Vespers of the Feast of the Transfiguration. Photo TNH/Zafiris Haitidis

A few days ago, the Archdiocese of America began conducting a survey through a questionnaire, which it sent out only in English – as if the Greek-speaking members of the Church do not count – to the committee that will draft its new constitution, as TNH reported extensively in last week’s edition.

First of all, let us say a few words about the Charter – or constitution if you prefer – emphasizing that it is nothing more than a text of practical guidelines, which functions as a document that set terms and limits for the administration of the Archdiocese. Of course, the essential terms and limits of the operation of a local Church are defined by the Gospel and the Holy Tradition of the Church.

And one more thing: the administration of the Church is a sacrificial extension of the Eucharist. Of course, today these ideas are incomprehensible, and the reality is different, as, unfortunately, the local Church not infrequently turns from a sacred place of love and unity into an arena of attacks and counterattacks, to the point where one wonders “is this thing the Church? Is it truly the Body of Christ?” But that is a matter for another article.

So, the obvious question arises: then what is all this noise about questionnaires, committees and subcommittees? The answer, of course, for those who know the issues and procedures, is simple: first in order to relieve pressure, and second, to preserve the pretext that the process includes the participation of the members of the Church. It would certainly be comical to believe that the eighty-member committee can be representative of the manifold of Church of America (πλήθουσα Εκκλησία της Αμερικής). Inconceivable.

But because the Patriarch cannot be simultaneously in the Archdiocese of Constantinople, in the Archdiocese of America, Australia, Canada, in the metropolises, etc., he nominates and proposes to the Synod a ‘representative’. The Synod elects him to act on his behalf in the Eparchy of the Throne, and he is called the Archbishop of those places. In our case here, due to the geographical breadth, the distances, and the many pastoral needs and requirements, local metropolises have also been established, which are not autonomous, but constitute the one and indivisible Archdiocese of America. The Metropolitans and the Archbishop form the Eparchial Synod. In other words, there is a form of division of pastoral and administrative responsibilities and at the same time a means of ‘control’, so that nothing is done “by the dictate of the First,” but also nothing is done “by the dictate of the majority without the First.” (Τίποτε να μην γίνεται «δίχα της γνώμης του Πρώτου» και τίποτε «να μην γίνεται δίχα της γνώμης των πλειόνων».

I should note here that in the past I had written about the need to change the administrative structure of the Archdiocese and dissolve the ‘Metropolis System’ given the way it was working, for either it should have been done right and in a manner that was ecclesiologically correct to begin with, or should have been avoided by foreseeing the collapse of the Archdiocese under Demetrios, which ultimately led the Church to a dual bankruptcy.

Of course, the hope was that the leadership of the Archdiocese would be undertaken by someone who would study its issues extensively and thoroughly, and would staff it with capable, correct, and balanced people.

The goal of returning to the ‘Iakovos Era’ of monism and monarchy, about which there is a relevant question in the questionnaire, raises many questions. Is the present day similar to the time Iakovos? Are the pastoral, administrative, community structures, and needs identical to those of that time? And yet, many who have knowledge and opinion both from among the multitude of the Church of America and the hierarchs in the Phanar ask: is the current Archbishop another Iakovos in stature?

Our people, including some in key institutional positions, see, think, evaluate, and inquire based the choices made by Archbishop Elpidophoros so far, during his first more than two-and-a-half years – and what they have seen has left them astounded.

And so they ask: “should he be set free and left without restraint to do as he pleases, without any dialogue and discussion, with full control over administrative and financial affairs?”

Even if we assume that the Metropolises will be abolished, or no will no longer operate as they do today, so that they will be left without “autonomy and surplus value,” (αυτονομία και υπερτιμία), I must ask: what is the administrative structure that will replace them that can be both functional – within the proper Orthodox canonical and ecclesiological framework – and also be a ‘check’ on the Archbishop, that is, with what the Americans call a system of ‘checks and balances’?