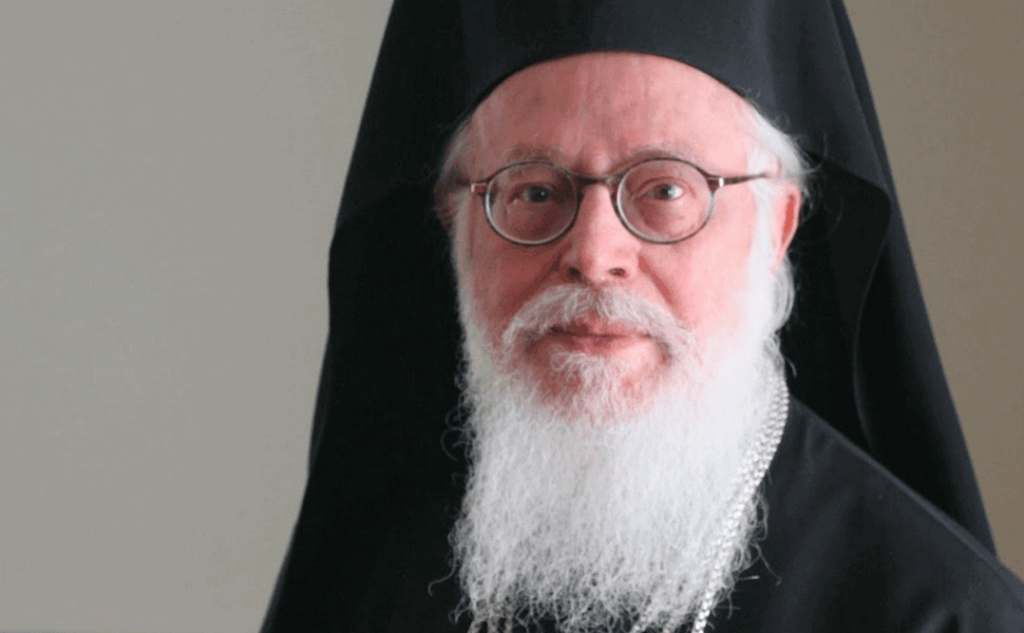 On Tuesday, November 26, 2019 (the day of the great earthquake in Durres, Albania) a report by Mr. Antonis Triantafyllou was published in your newspaper with the title “Anastasios’ Intervention in Favor of Moscow.” This is a malicious distortion of my views, intentions and proposals with regard to a sensitive and critical issue that concerns worldwide Orthodoxy. Its subtitle, “The Archbishop of Albania has again called for a Pan-Orthodox Council (the constant request of Kirill) for examining the Ukrainian issue,” as well as what is mentioned in the report, attempts to undermine my recent initiative. My intervention is not “in favor of Moscow” or in favor of any Autocephalous Church and it is certainly not against the Ecumenical Patriarchate. It is a cry of agony in favor of reconciliation, in favor of the unity of Orthodoxy.

1. My text: “In anticipation of Christmas 2019 – Appeal-Supplication- for the overcoming of the ecclesiastical polarisation,” which has been widely circulated, has no connection, as the “report” claims, to the initiative of the Patriarch of Jerusalem and the request of the Patriarch of Moscow, which were announced on November 22, 2019. I wrote it shortly before the Nativity Fast (which is why it is entitled “In anticipation of Christmas”) in a period of anxiety about the dangerous new reality taking shape, which has deeply troubled the Orthodox. I officially sent it to the Ecumenical Patriarchate and all the Autocephalous Orthodox Churches on November 20. It was published on November 24 (see the website of the Albanian Orthodox Church http://orthodoxalbania.net/index.php/en-us/lajme-3/blog/6978-2019-4).

The Appeal states, “The initiative for the healing treatment of the new reality undoubtedly is accorded to the Ecumenical Patriarchate. But all the Autocephalous Churches, all Orthodox without exception, bear the responsibility to contribute to reconciliation.” I have never questioned the established rights or privileges of the Ecumenical Patriarchate. Having always participated responsibly in the life of Orthodoxy, I have strongly supported the creative efforts of His All-Holiness Ecumenical Patriarch Bartholomew (for example, in the Synaxes of Primates and at the Great and Holy Council of the Orthodox Church). In the same way now, with loving frankness, I am articulating anxiety, assessments and related proposals, aiming exclusively at seeking a solution for the complicated present reality, which is obviously different from the situation in 2018. I consider this stance, at the end of 2019, to be a substantial contribution to the work of the Ecumenical Patriarchate and to the entire trajectory of the Orthodox Church.

2. The article also refers to a “strict letter” from the Ecumenical Patriarchate. It conceals, however, just as the “ecclesiastical circles” from which it is being fed are systematically silent, that there followed a detailed synodal response from our Church to the objections (3/21/2019), which demonstrated, inter alia, that the Meletian Schism, which the Ecumenical Patriarchate cited for its actions in Ukraine, stipulates different procedures for the treatment of schism and that the final solution was given by the First Ecumenical Council (see http://orthodoxalbania.net/index.php/en-us/lajme-3/blog/6884-on-the-ukrainian-ecclesiastical-question-2nd-reply-speaking-the-truth-in-love). The official correspondence on this issue was closed with this reply letter.

3. As for the report’s hint about a “scholarly source” that “Anastasios forgets the basic provisions of canon law, particularly how Autocephalies are granted, such as the Autocephaly of his own Church,” we specify that: In all the previous cases of granting Autocephaly– and naturally to the Church of Albania– Autocephaly was granted to the canonical Metropolises of each country and not to small sections of them composed of imperfectly restored schismatics. This is why there followed peace and consensus. The process of granting Autocephaly to the Church of Ukraine, on the contrary, caused turmoil and divisions, not only in that particular country but in the entire Orthodox world. The result is prolonged confusion and divisions. Moreover, we do not forget that the Canon Law of the Orthodox Church is primarily based on the decisions of the Ecumenical and other important Orthodox Councils and that Synodality is the basic principle of the cohesion of Orthodoxy. Calling for making use of it, then, has nothing to do with dark plots. It has been reiterated responsibly and publicly by most Orthodox Primates since the beginning of the past year. In the Church, we have particularly stressed the need for convening it, “and with the sole aim of finding a peaceful arrangement acceptable to the whole Orthodox Church.”

4. Another characteristic distortion: In the appeal, I note: “It is widely accepted and often repeated on the international stage that tensions can be faced only by means of serious dialogue. Every attempt should be made to re-establish communication between the primary parties in the crisis as soon as possible, so that they may exchange creative proposals. Persons who can contribute to the immediate initiation of the deliberations exist in the Orthodox Church.” This sentence is depicted in the report as follows: “Anastasios essentially nominated himself as mediator between Constantinople and Moscow.” The misrepresentation of my views and the arbitrary conclusion is obvious.

5. It is regrettable that, on such a crucial issue, irresponsible persons have been mobilized to deride those who expressed different views while at the same time flattering those whom they support. A specific plan of operation is revealed. Certain people use social networks. Their main mouthpiece is a clergyman of the Metropolis of Crete (guided and protected from above) who, with a certain “strike group,” has taken on the role of maliciously mocking, intimidating and, in their imagination, punishing with insults, threats, petty sophisms and even wretched profanity those who have different proposals for overcoming the crisis. Others make use of the seriousness of publications in which ecclesiastical and academic sources are cited, such as this “report”, where the real facts are distorted and the responsible views of even Primates and Synods are vilified. Those involved in this plan, whether explicitly or implicitly, are unscrupulously attempting to affix labels of ethnophyletistic inspiration such as “Slavophiles”, “Russophiles” and the like. It presages ecclesiastical confrontation that destroys inter-Orthodox dialogue at a critical time for Orthodoxy.

6. As Christmas approaches, the great feast of the incarnation of the Son of God, of the Father’s amazing initiative for reconciliation with the human race, as we mention in the conclusion of our appeal, we are committed to “a hastening of the steps towards reconciliation. Reconciliation will bring peace to millions of faithful people. At the same time, Orthodoxy will confirm its spiritual ability to heal wounds, in the light of the Word of God and the power of the Holy Spirit.”

With particular respect and heartfelt prayers,

Archbishop of Tirana, Durres and All Albania