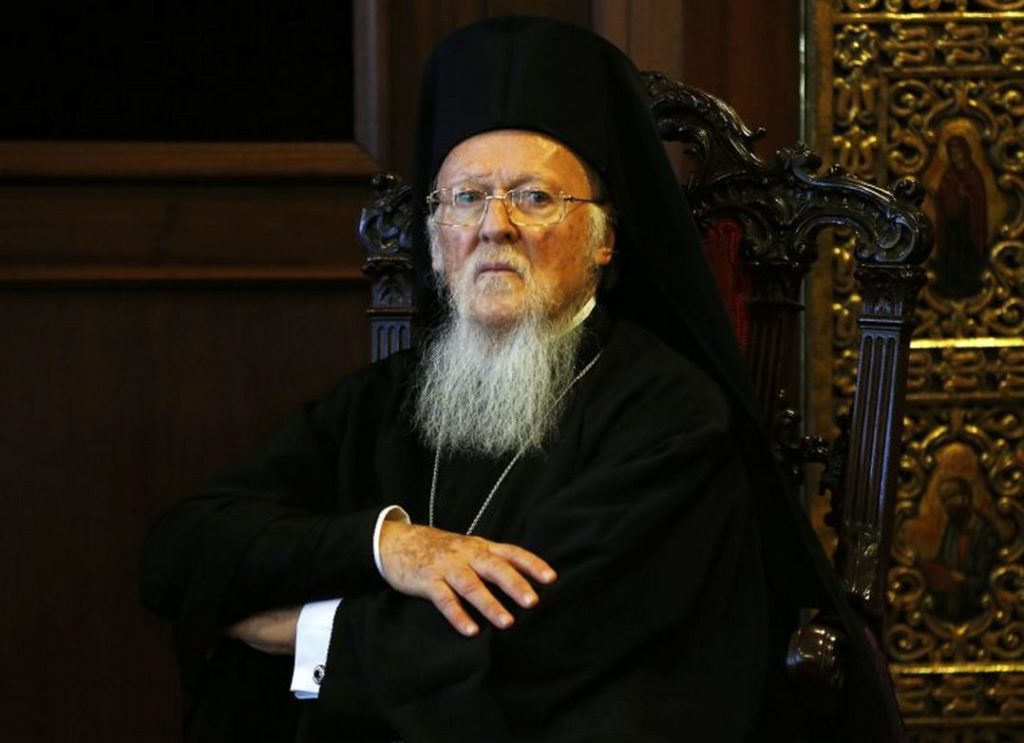 FILE – In this Friday, Aug. 31, 2018 file photo, Ecumenical Patriarch Bartholomew I, the spiritual leader of the world’s Orthodox Christians, looks on at the Patriarchate in Constantinople. (AP Photo/Lefteris Pitarakis, file)

From one end of America to the other, our community follows, with justifiable anxiety, the issue of the successor of the resigned Archbishop Demetrios.

The community has lived the decline in which the successors of Archbishop Iakovos have led to our Church and endured the consequences with remarkable patience.

But it has reached its limits. That’s why it wants to prevent another mistaken choice.

So, the Greek-American community is turning to the voice that it trusts, to The National Herald. People are telling us: “Do something.”

But what can a newspaper do, other than fulfill its duty to present the facts and express its opinion openly and honestly, in the hope that its voice will affect those who decide?

So, having resigned, Archbishop Demetrios, in his brief speech on Sunday at the Church of the Resurrection in Brookville, Long Island, said – and quite rightly – “there is a time for everything.”

And as the time came for him, albeit with a delay, the time has come for the Patriarch to do what he has to do. To choose, on Thursday, the right candidate. It cannot be delayed any longer.

After all, the resignation of Archbishop Demetrios did not come as a bolt from out of the blue. The Patriarch had asked for his resignation at least three times.

So, we can assume that in order to have made those requests, he must have already decided on a successor.

Therefore, he should announce the election of a new Archbishop of America this Thursday when Archbishop Demetrios’ resignation will be submitted to the Holy Synod.

To end the waiting of our community. To know who will be our new Pastor. We do not want the Archdiocese of America to remain headless, and for the Patriarch himself to give the impression that he is faltering.

But it is also time for our Ecumenical Patriarch to ignore – at last – the messages, promises, pressures, which, as is being reported, are being sent in order to influence his decision.

Times have changed. A lot of water has flowed under the bridge…

The time has come for our Church in America to stand up. To end the cycle of decline which began after Archbishop Iakovos, who was pressured to resign in 1996.

I repeat today the criteria for selecting a new Archbishop which I noted in yesterday’s commentary: “Now, after the resignation of Demetrios, the most critical moment has arrived for Bartholomew’s patriarchy.

“He now has the opportunity to correct mistakes of the past. To make a new beginning. To choose a new American Archbishop who will inspire the Hellenes Abroad. Who will win their trust. Who will reorganize the Archdiocese and the Church.

“And the Patriarch himself must ask the new Archbishop to make a full financial accounting.
So the community can learn where every dollar went. Both regarding the Archdiocese’s money and the construction of the of the Saint Nicholas Church. That is the only way there can truly be a new beginning.”