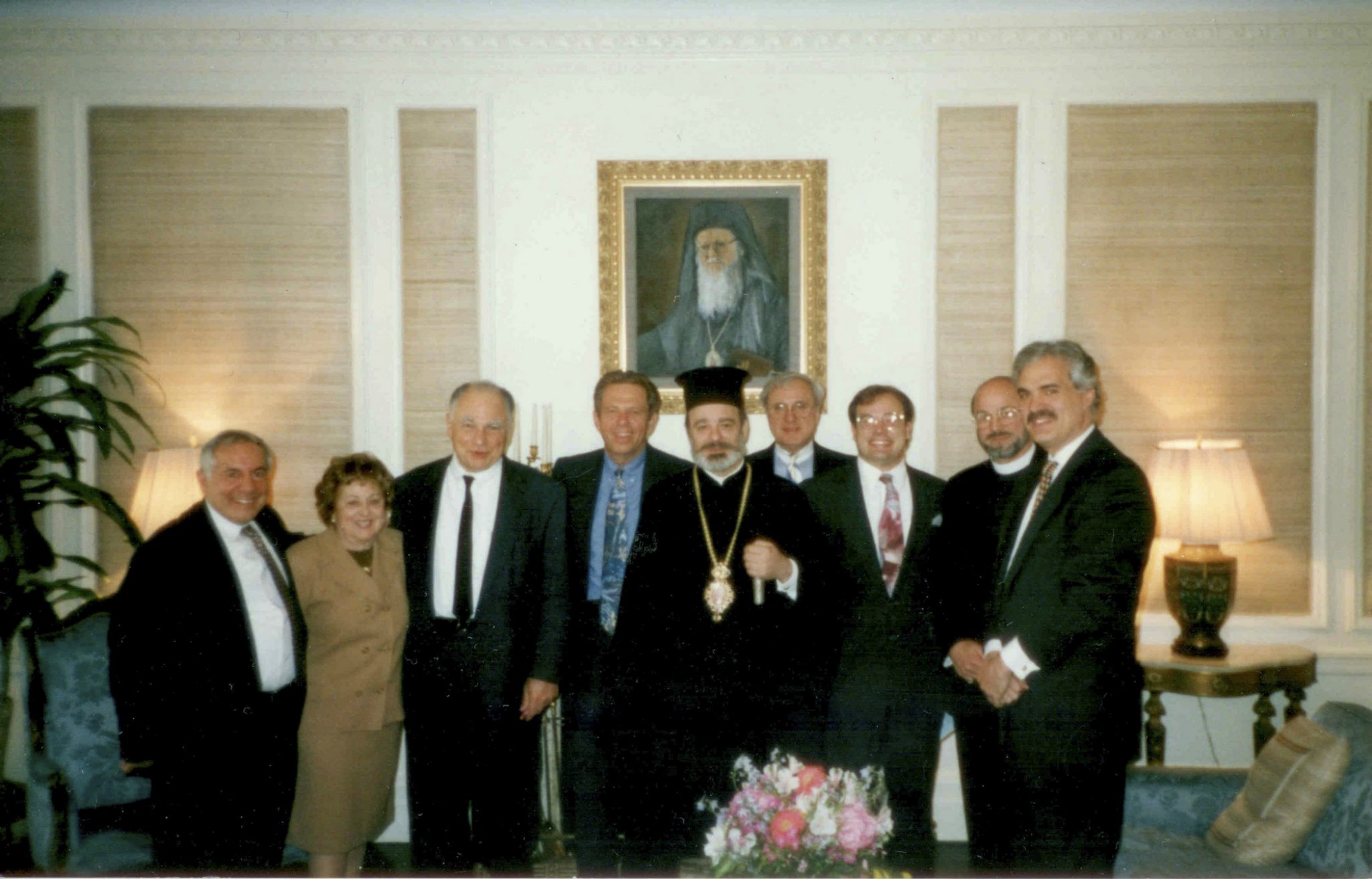 Anastasia Tsotsoura (far left) with Archbishop Spyridon and members of the OCL Board.

Anastasia Tsotsoura suddenly fell asleep in the Lord on Tuesday, May 21, 2013.   We learned of her passing on the day of her funeral, May 25, which took place at Holy Cross Orthodox Church in Whitestone, New York.  She is resting next to her beloved husband Soterios in Flushing Cemetery.   They were both devoted Orthodox Christians and founding members of Orthodox Christian Laity.  Her passions were her family, her faith and painting.  She touched so many of us with her example of being pure in heart – a woman of noble character.  She personifies the example of a wife and mother – of a life lived as described in Proverbs 34.  She spoke with wisdom, watched over the affairs of her household; her children and husband call her blessed.  Many do noble things, but she surpassed them all.

Tessie was part of the great generation of Orthodox laypersons who built up the Church from their youth.  She lived her life within the sacramental life of the church.  She was involved in GOYA, CEOYLA, the Greek Orthodox Archdiocese, the Philoptochos Society and local parish life.  She and her husband,  through their devotion to the church as role models and stewards, solidified Orthodoxy in America.  Her greatest pleasure as a grandmother was taking her grandchildren to church and instructing them in the serenity of the Divine Liturgy.

She had a small frame but a great heart.  She truly was the backbone of her family.  She knew who she was and that the source of her strength came from the Lord.  She accompanied a delegation of OCL board members in 1997 to pay our respects to Archbishop Spyridon (see photo).  The delegation included an attorney, a physician, entrepreneurs, an educator, a public servant.  His Eminence invited all of us to comment on the life of the Church.  We were all moved with Tessie’s words and thoughts  that the education of our children in the life of the liturgy and sacraments needed to be our priority so that we could retain them.  All other aspects of church life were secondary to this mission.  We needed to give our children the means to learn and live out our faith.

The Lord took her home without sorrow, shame or suffering.   May she rest in peace.  May she be one with the Risen Lord!