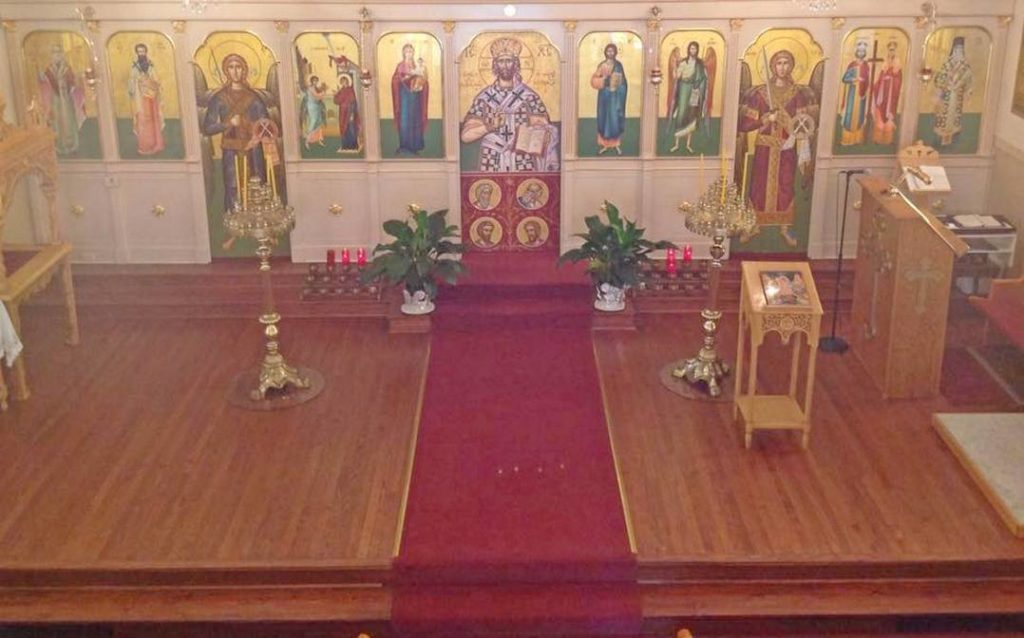 On Friday evening, March 11, at 7:30, Annunciation Greek Orthodox Church of Kankakee will continue its new program, “Orthodox Voices: A Lenten Dialogue Series,” held on the next five consecutive Fridays at Annunciation. These five Friday offerings, through April 8, will be composed of talks from and discussions with five Orthodox professionals and academics, sharing their insight on how their Orthodox faith informs the work they do. On Friday, March 4, the parish kicked-off its Lenten Series with a joyous Pre-Lenten Concert, setting the scene for these five nights of dialogue.
The schedule of lectures, to begin March 11, was announced on March 7, the first day of Great Lent in the Eastern Christian world. Here is the schedule of speakers:
March 11 – Father Nick Greanias – “The Orthodox Priesthood: the Personal Destination of the Classical Ideal”
March 18 – Dr. Lisa Gassin, Olivet Nazarene University – “Children and Orthodoxy”
March 25 – Dr. Fran Kostarelos, Governors’ State University – “Reconciling a Career in Anthropology While Seeking to Practice the Orthodox Faith”
April 1 – Erik Young, former faculty, Olivet Nazarene University – “A Theology of the Hands”
April 8 – Dr. Stephen Case, Olivet Nazarene University – “Some Thoughts on Science and Orthodoxy”
Each presentation in the series will start just after the end of the ages-old and hauntingly beautiful Friday evening Lenten service “The Salutations to the Virgin Mary,” wherein the faithful petition the Mother of God (Theotokos) to intercede for us with her Son in heaven. This liturgy was first sung in Constantinople in the early seventh century, after a miraculous storm dispersed the besieging enemies who seemed poised to take and sack the city, which was the capital of the Eastern Roman Empire and seat of the Orthodox Church for another 800 years and remains the seat of the Ecumenical Patriarch of the Eastern Orthodox Church. These Salutation services will begin at 6:00 pm and run until about 7:15, immediately preceding, with a short interval, the speakers.
Everyone in the local area is invited to attend either or both parts of each evening’s activities. The parish urges residents to feel free to come just for the lecture at 7:30, but warmly invites them to the Salutations service at 6:00 as well. For further information, call Fr. Nick Greanias at 708-606-1015.
Share. Twitter Facebook Pinterest LinkedIn Tumblr Email
Previous ArticleHis Beatitude Metropolitan Tikhon Makes Urgent Financial Appeal for Ukrainian Refugee Relief [UPDATE]
Next Article Elements from the Prehistory and the Life of SYNDESMOS [the World Fellowship of Orthodox Christian Youth]