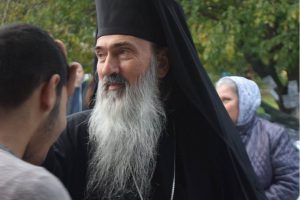 Prosecutors from the National Anticorruption Department (DNA) want Archbishop Teodosie Petrescu, a senior official of the Romanian Orthodox Church, to be placed under house arrest.

Archbishop Teodosie, who is the head of the Orthodox Church in Constanta county, is currently under judicial control and will stand trial for using or presenting false documents to obtain EU funds.

However, DNA says that he broke the terms of the judicial control as he initiated projects to access EU funds although the judicial control conditions forbade him to do such things. Moreover, he also entered into contact another defendant in the same case, which is also forbidden by judicial control rules. Thus, the DNA prosecutors want the Archbishop to be placed under house arrest.

Teodosie Petrescu was placed under judicial control and later sent to court in a case in which he is accused of using and submitting false declarations to the Agency for Payments and Intervention in Agriculture (APIA), between 2010 and 2016, to obtain EU funds. In these documents, the Archbishop and the other defendants falsely stated that they were using some land plots to cultivate grapes although those cultures didn’t exist anymore.

Moreover, they also said that they complied with the good agricultural and environmental conditions (GAEC) during their agricultural activities, although the land plots in question were abandoned and full of weeds.