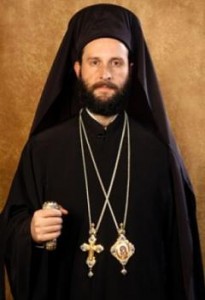 Metropolitan Silouan of Buenos Aires and all Argentina

His Eminence Metropolitan Silouan writes on May 7 (CLICK HERE for official letter):

of the Antiochian Orthodox Christian Archdiocese of North America

I would like to inform you that the Holy Synod of Antioch, after convening on April 29th, 2014, decided that the participation of the Antiochian Archdioceses around the world in the Assembly of Bishops be restored to its status prior to the decision taken by the same in its session held in October 2013.

After receiving from the Secretariat of our Holy Synod the text of the aforementioned decision, I notified the Chairman of the Assembly of Canonical Orthodox Bishops of North and Central America, His Eminence, Archbishop Demetrios, that the participation of this Archdiocese in the Assembly is effective from the moment that our Holy Synod issued its resolution.

Therefore, in compliance with the aforementioned decision, all our hierarchs and all Antiochians –  including priests, deacons, monastics, lay men and lay women – of this Archdiocese are able to resume the responsibilities and functions they had previously at the Assembly.

Wishing you a joyful paschal season, I pray for your ministry and service in Christ.