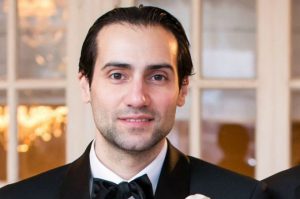 In a tragic irony, Arab Christians have become targets across the Middle East because of their faith, but in the United States they can be exposed to harassment and even violence on account of their ethnicity, as the case of Khalid Jabara in Oklahoma illustrates.

TULSA, Oklahoma – Khalid Jabara, a Lebanese-American Christian man, was killed in Tulsa, OK last week. His alleged assailant was a man who repeatedly harassed his family with anti-Muslim, anti-Arab language.

The killing has caused concern about attitudes in the U.S.

“Here, in the United States, Mr. Jabara and his family became targets of violence and hatred not because of their faith, but because of their Middle Eastern identity and culture,” In Defense of Christians executive director Kirsten Evans said Aug. 17.

“Sadly, Middle Eastern Christians caught in the crossfire of the sectarian conflict plaguing the Middle East have also become vulnerable scapegoats for hatred and violence born of political and cultural tensions here in the United States.”

On Aug. 12, Jabara called police to report that his neighbor, Stanley Vernon Majors, had a gun in his hand and that he was scared about what might happen, his sister Victoria Jabara Williams said in a statement. The police said there was nothing they could do because the man had returned to his home.

Soon after police left, Jabara stepped out of his house. Police say his 61-year-old neighbor was waiting for him, CNN and the Washington Post report.

Majors fatally shot Jabara, 37. The assailant was arrested and will be charged with first-degree murder.

“This suspect had a history of bigotry against our family. He repeatedly attacked our ethnicity and perceived religion, making racist comments. He often called us ‘dirty Arabs,’ ‘filthy Lebanese,’ ‘Aye-rabs,’ and ‘Mooslems’,” said Williams.

The man also commented against Mexicans and blacks, she said.

“Our brother’s death could have been prevented,” she added. “This man was a known danger.”

Neighbors had lodged several complaints against Majors, who had a history of making threats.

In 2013, the Jabara family filed a protective order against him, and Majors then filed a restraining order against Jabara. In 2015 Jabara’s mother, Haifa, was taking a walk in the neighborhood when the man allegedly ran her over with his car. She spent weeks in the hospital with major injuries.

The police report indicated Majors was intoxicated at the time and accused the Lebanese of crimes committed by Islamic extremists.

“Majors remarked that Mrs. Jabara and her family were filthy Lebanese and they throw gay people off roof tops,” an officer wrote in the report.

Majors was charged with felony assault and initially held in custody without bond. Against the district attorney’s wishes, a judge allowed his release until his March 2017 trial date.

“My family lived in fear of this man and his hatred for years,” Williams objected. “Yet in May, not even one year after he ran over our mother and despite our repeated protests, he was released from jail with no conditions on his bond – no ankle monitor, no drug/alcohol testing, nothing.”

The Jabara family had settled in Tulsa in the 1980s, and Jabara was an active member of St. Antony Orthodox Church.

His parish has said the community “will always remember the young man who grew up in our parish. Khalid had a huge heart and loved his parents, siblings, nieces and nephews. He was kind, funny, bright and caring; everyone who knew him was truly the better for it.”

“The entire St. Antony family mourns with the Jabara family and feels the loss of Khalid. May the love and compassion of our Lord and God and Savior Jesus Christ along with the prayers of the Most Holy Theotokos and all the saints bring their family peace and comfort and may the memory of Khalid truly be eternal.”

In Defense of Christians, which focuses on Christians in the Middle East, lamented the apparent motives of the killer.

“That anyone, no matter who they are or where they come from, could be targeted for violence, persecution and even death simply because of their ethnic or religious identity, is unconscionable,” said Evans, the organization’s executive director. “Our deepest sympathy goes out to Mr. Jabara’s family and community.”