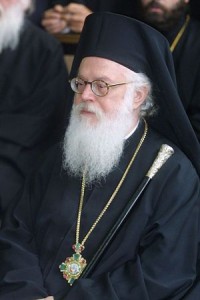 Fordham University in New York City, America, will confer an Honorary “Doctorate of Humane Letters” on the Archbishop of Tirana and All Albania, Anastasios. The official ceremony of the conferral of the “Honorary Doctorate” will take place in the afternoon of Tuesday, 28 January, 2014, at the University’s “Rose Hill Campus” near the botanical gardens of this great Metropolis. During the ceremony, His Beatitude, Archbishop Anastasios will offer a Lecture, “Sharing the Good News in a Multi-Religious Country: Theological Reflections on Other Religions”.

Fordham University was founded in 1841 by the Archbishop of New York, Rev. John Hughes, in the area with the same name of the city, and it was the first Roman Catholic university in the Northeastern United States. The University followed the Jesuit educational tradition, which was developed in Europe in the sixteenth century, and became an important center of higher education, specializing in humanitarian sciences (theology, philosophy, history, sociology, and pedagogy). This university now attracts students from all over the world, and is highly appreciated among other universities of America.

His Beatitude, Archbishop of Tirana and All Albania, Anastasios, is Professor Emeritus of the History of Religions at the University of Athens and an Honorary Member of the Academy of Athens. He has previously received honorary degrees in the field of Humanities (for Theology and Philosophy) from 17 universities in many countries: Greece, USA, Romania, Cyprus, Georgia, Albania, and Italy.