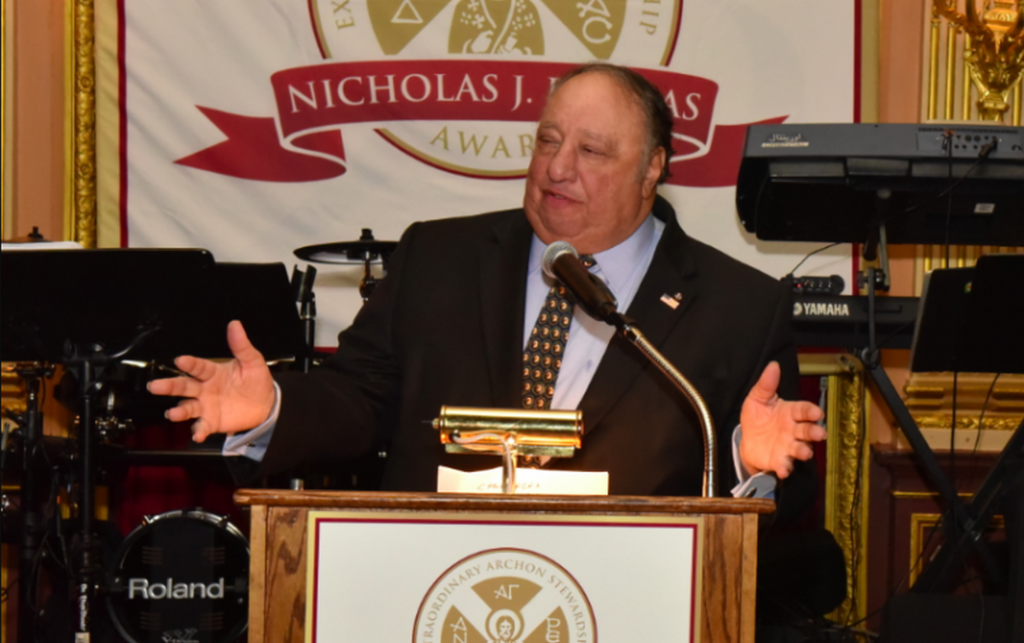 NEW YORK – The Greek Orthodox Archdiocese of America announces that the Hon. Mr. George Tsandikos and the Hon. Mrs. Catherine Bouffides-Walsh have submitted to His Eminence Archbishop Elpidophoros, their voluntary resignations from the positions of the Vice-President and Secretary of the Archdiocesan Council, respectively.

The Archbishop has accepted these resignations with regret, praising the faithful service of both of these prominent members of the Church, distinguished for their ethos, and hard work, for their selflessness and devotion to their ecclesiastical authority.

To succeed the above, His Eminence the Archbishop has appointed the Hon. Mr. John Catsimatidis, distinguished businessman to the position of Vice-President, and the Hon. Mr. Theodore Bozonelis, a prominent judge, to the position of Secretary of the Archdiocesan Council. To the new officers of the Archdiocesan Council the Archbishop has wished every success and the blessings of the Lord.