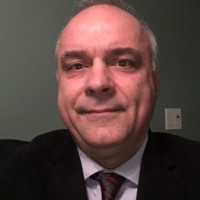 A new big “NO” was the response by Archbishop Demetrios to the renewed “urging” by Patriarch Bartholomew to resign “to save the Church’s prestige”.  This time the Patriarch’s call was performed in the most official way, inside the Holy Synod’s regular meeting at Constantinople on August 29.

The repeated call (the previous one was done on May 31st of this year) is rather proof of the Patriarch’s inability to force Demetrios’ resignation, as he is elected for life.  The Patriarch has no canonical legitimacy to force the removal of the Archbishop.  But even if he did, he would not easily dare, as the Greek American community is already up in arms, quite disturbed with the deep ecclesiastical crisis.  The overwhelming majority of our community, including the biggest and most historical churches of New York, Boston, Florida and elsewhere around the country, along with the well networked Orthodox Christian Laity (OCL), agree on the principles proclaimed by Mr.Valiotis last May: autocephaly (some – namely Bishop Methodios of Boston – prefer “autonomy”), transparency and accountability on institutional and financial issues and removal of the “hidden archbishop”, the Patriarch’s representative in America, father Alex Karloutsos.

If the Patriarch was sincerely interested in the Church’s “prestige” as he declared, he would find a way to remove Father Alex, who is widely seen as bearing responsibility for the financial collapse of the St. Nicholas Shrine project at Ground Zero: A building which, according to experts, would cost no more than $20 million, ended up with a $75 million budget and a shortfall of about $35 million, which forced the construction to stop last year. If father Alex was removed, the Patriarch would have ample opportunity to encourage processes of transparency and accountability within the Church, already put in motion by Archbishop Demetrios. At the end of all this, the Patriarch would have created a “good will” atmosphere, necessary for the discussion of the thorniest issues, such as the nature of the relationship between the Patriarchate and our Church.

Patriarch Bartholomew chose not to act.  Or, may be, he was not able to. Father Alex has amassed such financial and political power that render him completely “untouchable”: Neither the Patriarch, nor the Archbishop have any control over him. On the opposite, he demands and dictates, in a very shrewd and subtle way, the perfect definition of Machiavellianism. Frankly, this a very sad state of affairs…

Father Alex is clearly related to the so-called “deep state”. He was the supreme organizer and true master of ceremonies during the Panorthodox Synod of Crete in 2016 and, according to reports, he made sure that the Russian, Bulgarian, Georgian and Antiochian Churches were excluded.  A true “byzantine diplomat” (and father Alex is known to have such skills in abundance) would have created ample opportunity for reconciliation between the Orthodox churches.  But Father Alex’s lackluster efforts produced no results. He was rewarded for this big “accomplishment”, the division of Orthodoxy, with the appointment of his son, Michael, as “Etiquette Director” at the State Department, a short-lived affair…  A few months later Michael Karloutsos was seen in Athens repeatedly entering the Greek prime minister’s (Tsipras) office through the back door… (Newspaper “To Vima”, May 19, 2018). One wonders what exactly Michael’s official role was, if any… No formal explanation was ever given by either side…

The majority of clergy and laity of our Church recognizes that it is impossible for any social institution to function properly in such a “dual” structure of power. Not even a …pizzeria could be managed properly if the one real owner was the “public face” and another, “hidden” one, was holding large financial assets and reporting to a “third-party” authority… How could then our Church, with such an already complex structure function when its official leader is in constant friction with the “hidden” Archbishop, Father Alex?  This issue must be resolved prior to any discussion about the Church’s future.  If the Patriarch does not accept the Archbishop as the only representative he needs to have in our Church, then he will soon be faced with the very real possibility to completely lose ties with the whole Church of America.

A serious obstacle has to do with Patriarch Bartholomew’s antagonistic personality; it has been repeatedly on display in his dealings with the Church of Greece.  It was also on display here in America for all to see in 1990, when he accompanied the then Patriarch Demetrios on an official visit.  The then Metropolitan of Chalcedon Bartholomew created quite a few scenes, as he demanded to be “second-in-order” to the Patriarch and be placed in front of Archbishop Iakovos!  Yes, it’s true, Metropolitan of Chalcedon Bartholomew, whom nobody knew and had no serious Christian work completed up to that time, wanted to precede Iakovos, a world-class, renown leader and regular guest at the White House, in all ritual formations and seatings!!

If Patriarch Bartholomew had shown a conciliatory attitude during the current crisis he would probably be able to resolve most issues.  But his instincts lead him to play a forceful hand before considering any options; to hide problems instead of shedding light onto them; to give priority to the Patriarchate’s financial concerns without first assuring the public for transparency and accountability… The whole picture is aptly described by the persistent rumors about “suitcases filled with cash” travelling to Fener from America… Regardless of how much truth these rumors carry, one thing is for sure: nobody from Fener ever tried to offer any accounting of any monies they received… The easy excuse has always to do with the oppressive Turks: but it could never explain why an internal accounting body was never established to create a sense of trust for the faithful and generous followers of the Church…

In short, we see a wide agreement among the ranks of our Church in the following issues:

In view of the recent developments, it seems proper to reinstate my proposal of last May for a “Committee for Autocephaly”.  It is evident that Archbishop Demetrios has a very important role to play before retirement and he will need all the support he can get from the rest of us to perform this role. An inclusive body such as the proposed committee, would be the proper stepping stone to a better future for the church.

Finally, the Patriarchate is implicated in a very risky geopolitical game (especially regarding the conflict with the Russian Church about the Ukrainian Autocephaly) at a time when a major East-West conflict is looming all over the Eastern Mediterranean and the Middle East. In such an environment, where not even the American superpower is able to achieve the release of a pastor from Erdogan’s autocratic and dictatorial Islamic regime, who will guarantee the Patriarchate’s existence in its 1700-year old cradle?  A more careful and rather neutral positioning between big powers that we have no control over would be the optimal avenue to follow…

Nick Stamatakis was born in 1961 in Pireaus, Greece. A graduate of the Law School of the University of Athens, he holds an M.A. and a Ph.D. degree in the social sciences from Stony Brook University (1994).  His specialty was the Cyprus conflict from the perspective of ethnic identity construction, while recently he has focused on geopolitics of the Mediterranean and the Middle East. In the past he was the main editorial writer of “The National Herald” (1991-98), while after 2014 his opinions were published by www.mignatiou.com (Washington, DC) and at the newspaper “DIMOKRATIA” (Athens, Greece).  Currently, he writes weekly at «Εφημερίδα Ν.Υόρκης».  He is a business owner based in Long Island, New York.