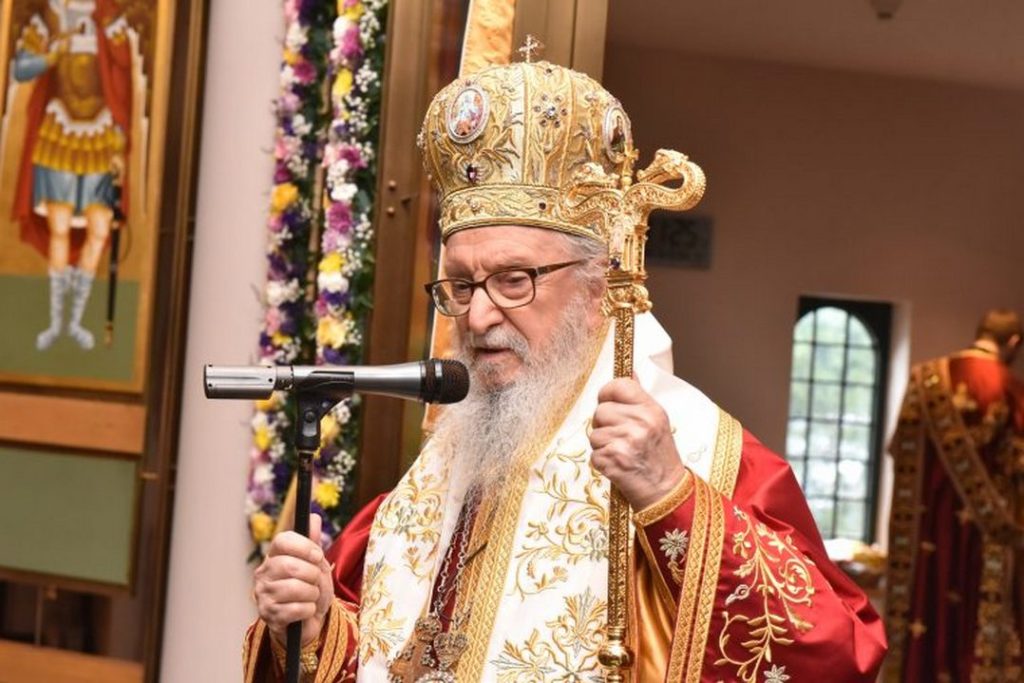 Archbishop Demetrios is talking to the congregation of the Resurrection parish in Brookville Long Island about his resignation from the Archbishopric Throne of America. Photo: TNH/Costas Bej

NEW YORK – Archbishop Demetrios, in his sermon at the end of the Divine Liturgy on Sunday of St. Thomas May 5, at the Resurrection parish in Brookville Long Island, used the Biblical verse that “there is a time for everything” making reference to his recent resignation from the Archbishopric Throne of the Archdiocese of America.

The Archbishop spoke about his meeting with Ecumenical Patriarch Bartholomew and his written resignation from the Archdiocese. He said that “I understand many of you are here today because of the news you learned yesterday. Yesterday, we were at the Ecumenical Patriarchate in Constantinople and we had a meeting with our Ecumenical Patriarch. We informed him about our Archdiocese, and we handed in our resignation which was entirely appropriate for the bible says, “there is a time for everything”. So too, it was my time after serving this unique Archdiocese for 20 years, and after having the highest blessing from God, enjoying a very long life, I am 92. I notified the Patriarch of my desire to relinquish my administrative, pastoral and Liturgical Services duties and allow someone else to come in and continue the great works of the Church.”

He also said, “The submission of my resignation has to be approved by the Synod of the Ecumenical Patriarchate which convenes this coming week. After my resignation is officially acted and the designation of the day for when it is to take effect is decided, I then will enter a new phase in my service of the Church, Diakonia. This period will take place so that I may dedicate my time to pray for the people of this Church, of this Archdiocese, for Orthodoxy in America, for the Patriarchate, for the Church of Greece and for all Orthodox people wherever they may be. To take part in a Diakonia of prayer is a tremendous privilege and honor.”

After his sermon, the Archbishop bestowed upon Fr. George Anastasiou, presiding priest of the Transfiguration parish in Corona, the title of protopresbyter. The Archbishop described  Fr. Anastasiou as, “a refugee priest” because he serves in different churches in anticipation of the restoration of his own nave which had been damaged by a fire.

Also the Archbishop presented the medal of St. Paul of the Greek Orthodox Archdiocese of America to Christos Spyropoulos, Archon of the Ecumenical Patriarchate.