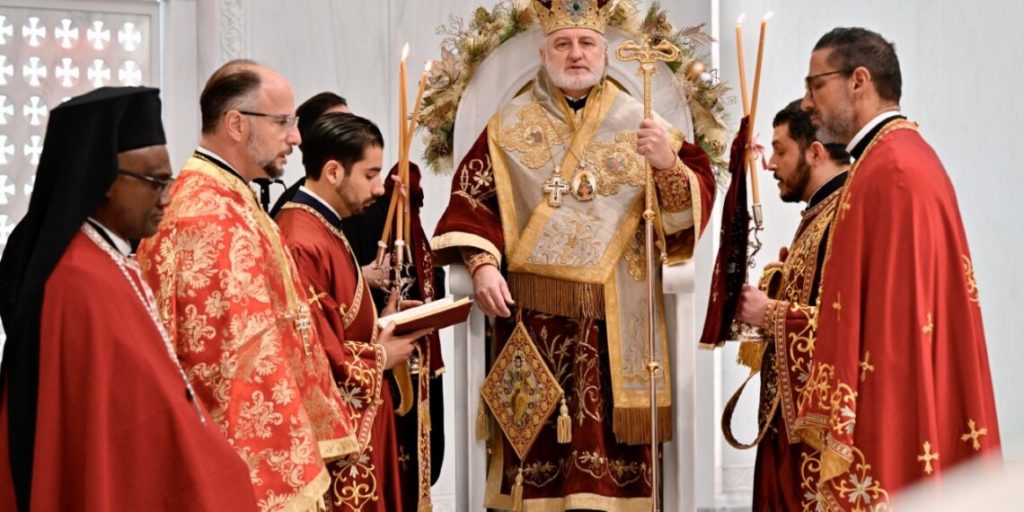 Archbishop Elpidophoros of America presided over the Christmas Liturgy and performed the ordination of Deacon John Capones to the Priesthood at Saint Nicholas Greek Orthodox Church and National Shrine in New York, on December 25, 2022.

In his speech, the Archbishop stressed that “We possess our natural fathers and mothers according to the flesh. But we also have the Church as our Mother through our baptismal rebirth. And we have the Father of our Lord Jesus Christ by our grace-filled adoption – our calling to be the children of God. Thus, the Lord has become our elder Brother, who dies and leaves us His Bride from whom we raise up children in His Name, as the Lord confounded the Sadducees”.

Read below the speech of Archbishop Elpidophoros of America:

Today as we observe, with all the magnificence the Church can muster, the Nativity according to the Flesh of our Lord, God, and Savior Jesus Christ, we also celebrate your birth into the Holy Priesthood. Here at the reborn Saint Nicholas – restored now as a National Shrine – you receive the first ordination the Shrine has ever witnessed. This is a great blessing and a significant privilege for you.

Beneath the icons of the Nativity of the Lord and the Ordination of Saint Nicholas, you receive the laying on of hands to become a Presbyter of the Holy Church of God. In the Eisodikon of the Feast, we intoned: From the womb before the Morning Star have I begotten You; the Lord has sworn an oath and will not change His mind. You are a Priest forever, according to the order of Melchizedek.

Beloved Deacon John, today you enrolled in the Order of Melchizedek, founded by our Lord Jesus Christ when He took on our human nature. You have joined the ones committed to offer, as did the King of Salem in the presence of Abraham, … bread and wine; for he was the priest of God Most High.

Now, you also will offer the bread and the wine. And through the power of the Holy Spirit, you will offer them to the spiritual descendants of Abraham. But they shall be the Holy Gifts of the Flesh and Blood of our Great High Priest Jesus Christ. This is how our priesthood participates – by grace – in the ministry of Melchizedek, who, as Saint Paul reminds us in his Epistle, is the very image of the Lord Himself:

… without father, without mother, without ancestry, having neither beginning of days nor end of life, but like unto the Son of God, he abides a priest in perpetuity.

We possess our natural fathers and mothers according to the flesh. But we also have the Church as our Mother through our baptismal rebirth. And we have the Father of our Lord Jesus Christ by our grace-filled adoption – our calling to be the children of God. Thus, the Lord has become our elder Brother, who dies and leaves us His Bride from whom we raise up children in His Name, as the Lord confounded the Sadducees.

This is our great responsibility. And every time we celebrate the Divine Liturgy, when we invite the faithful with the divine call, Μετὰ φόβου Θεοῦ, πίστεως καὶ ἀγάπης προσέλθετε, we rebuild their souls through their participation in the Holy Body and Blood of our Lord. Just as we rebuilt Saint Nicholas, and made the second iteration even more glorious, when a Christian feeds their soul with the Body and Blood of Christ, they become more beautiful human beings, adorned with the grace of the Holy Spirit. Such is the high calling of the Priesthood of Melchizedek!

And so, my beloved Deacon, enter now into the ministry of the Order of the King of Peace, the King of Salem. And consider the greatness of Saint Nicholas and his miraculous ministry as your inspiration in all things.

Christ is Born! Glorify Him! 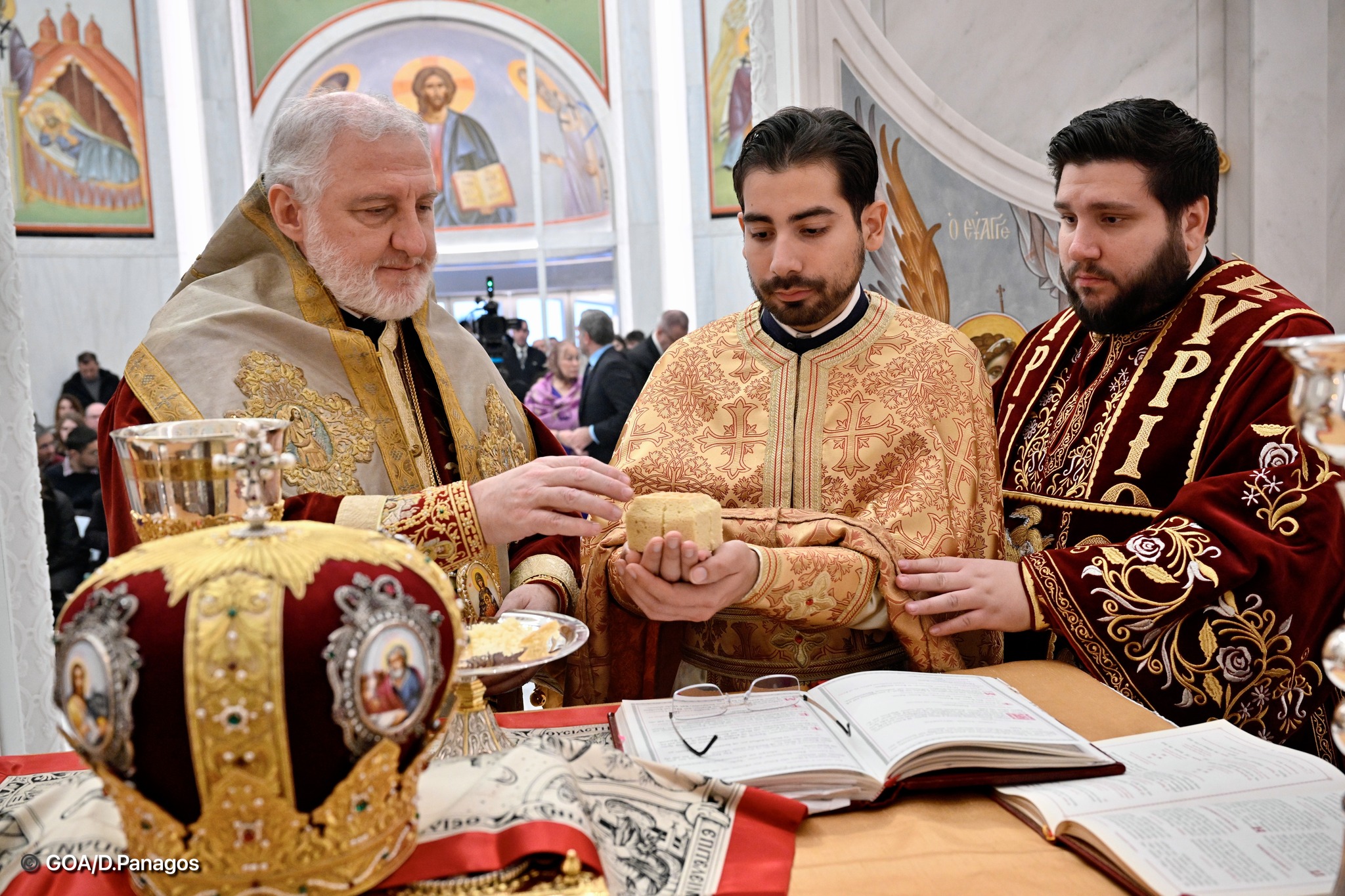 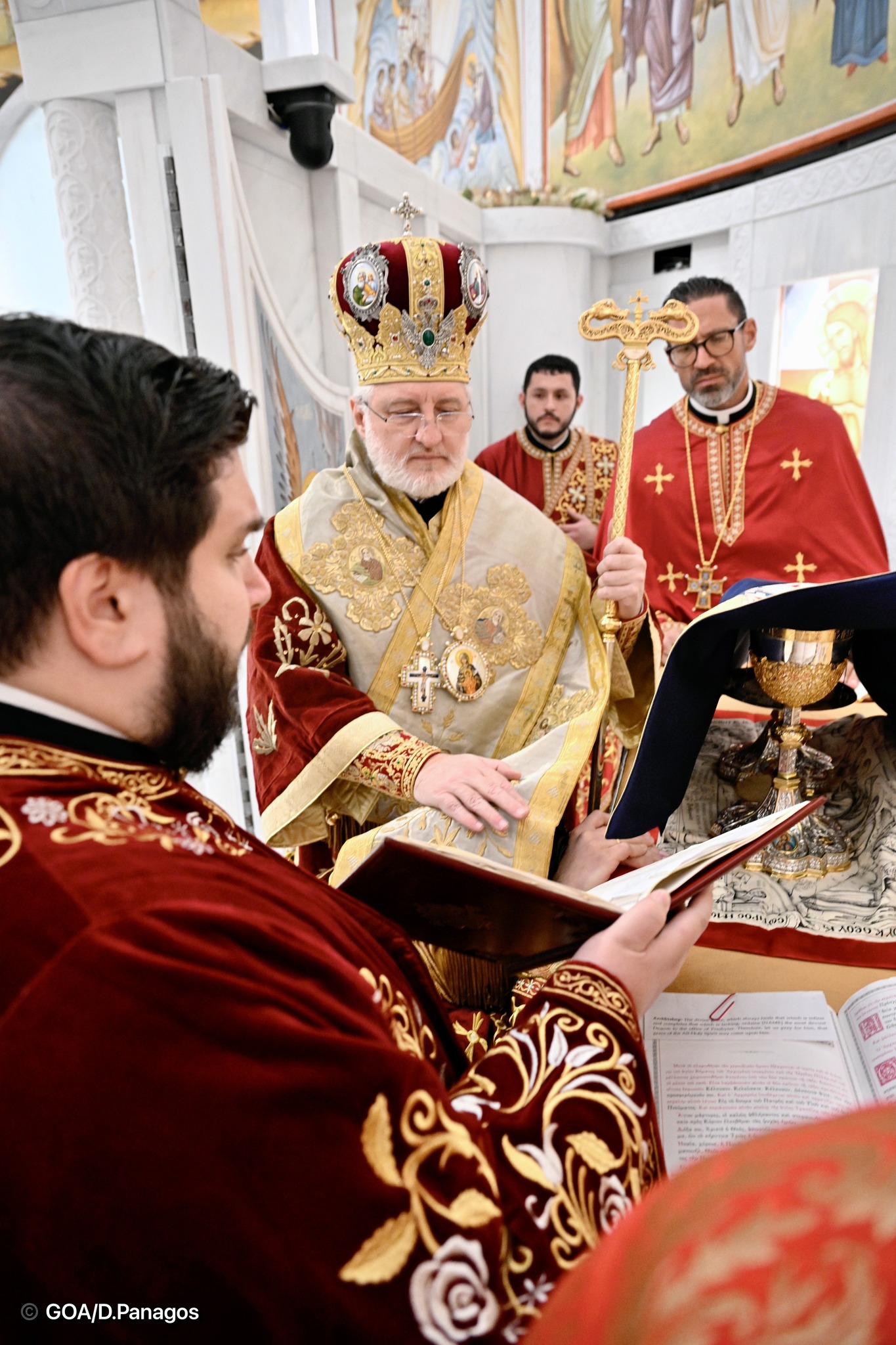 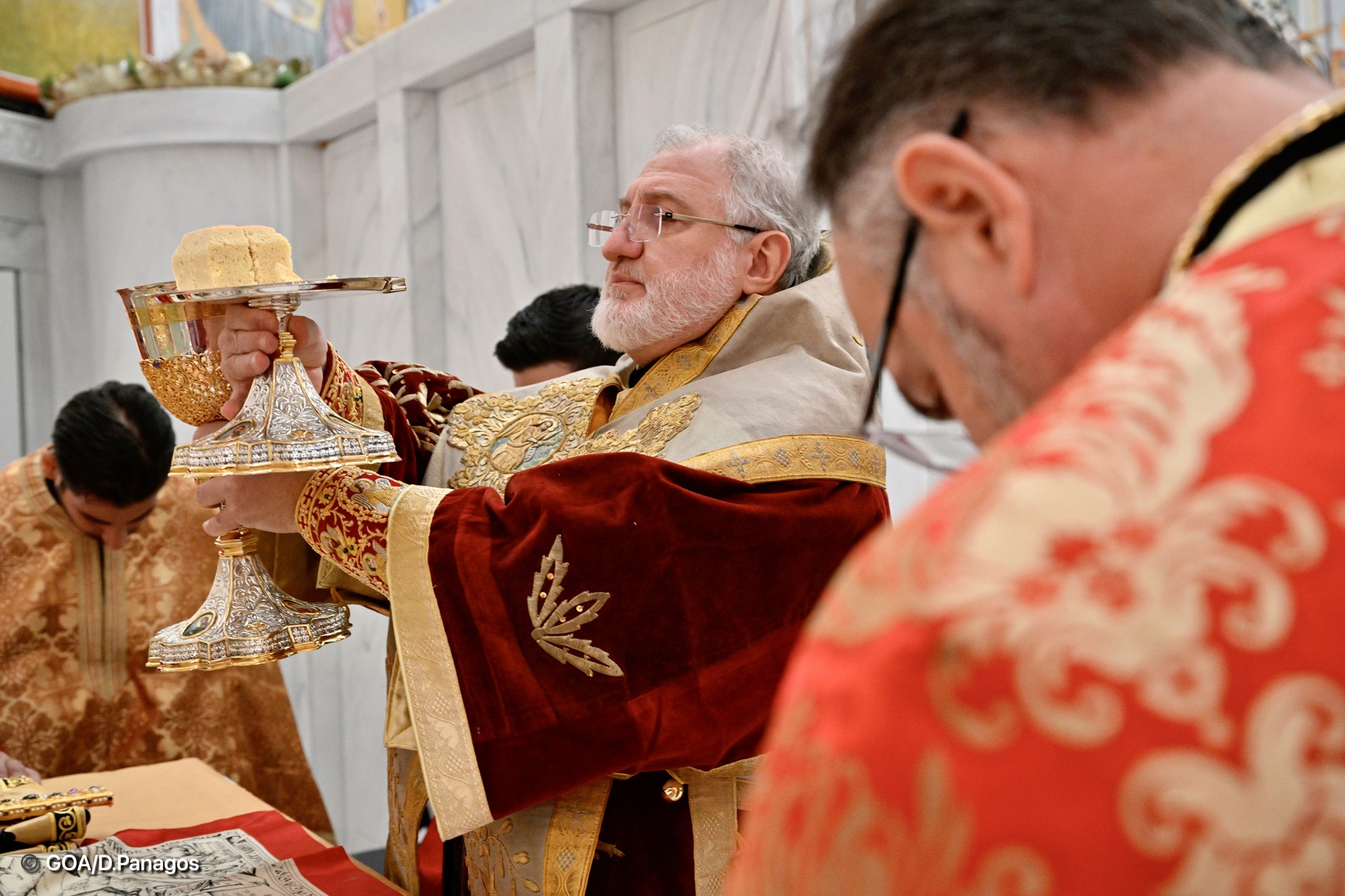 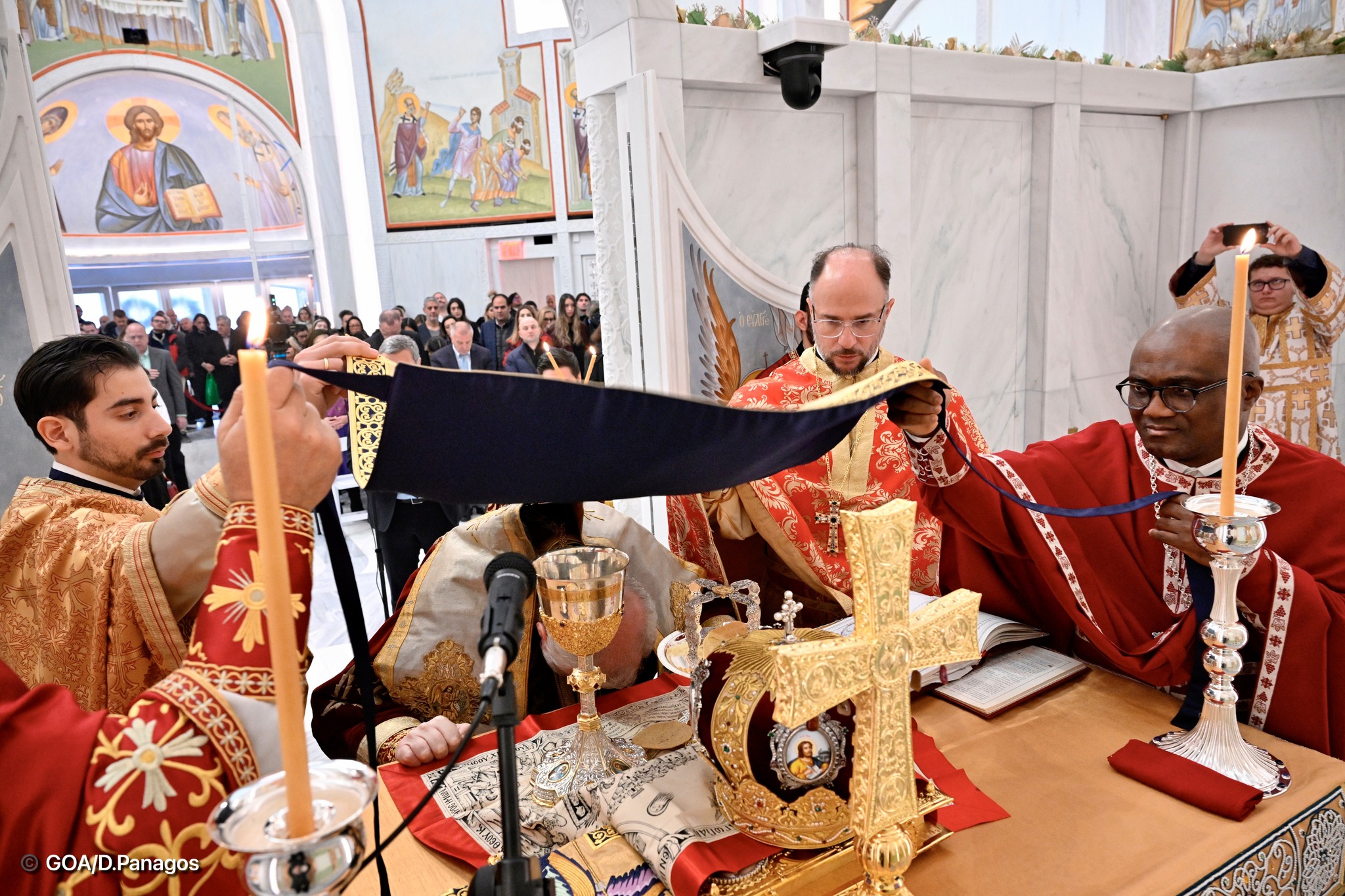 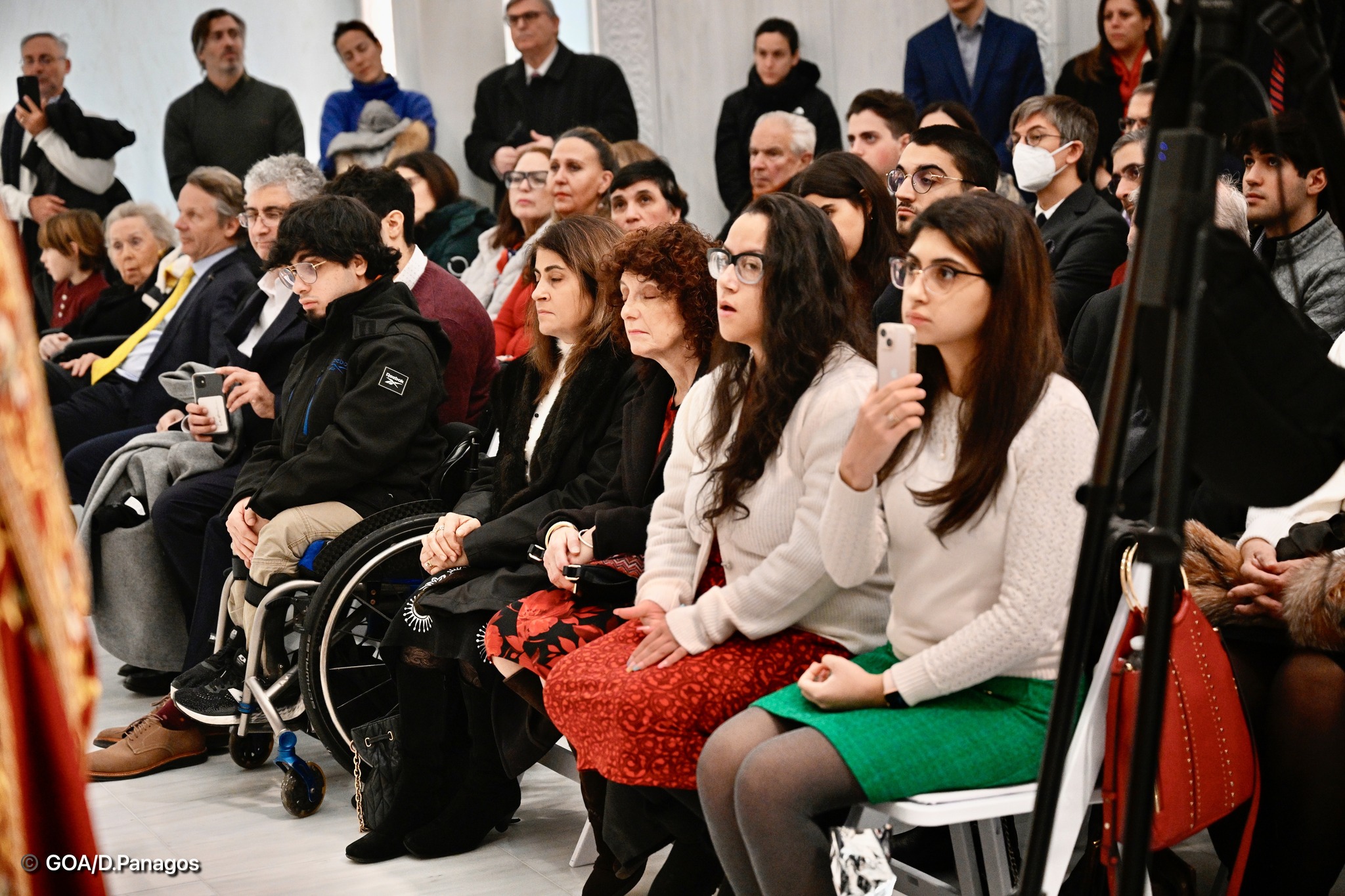 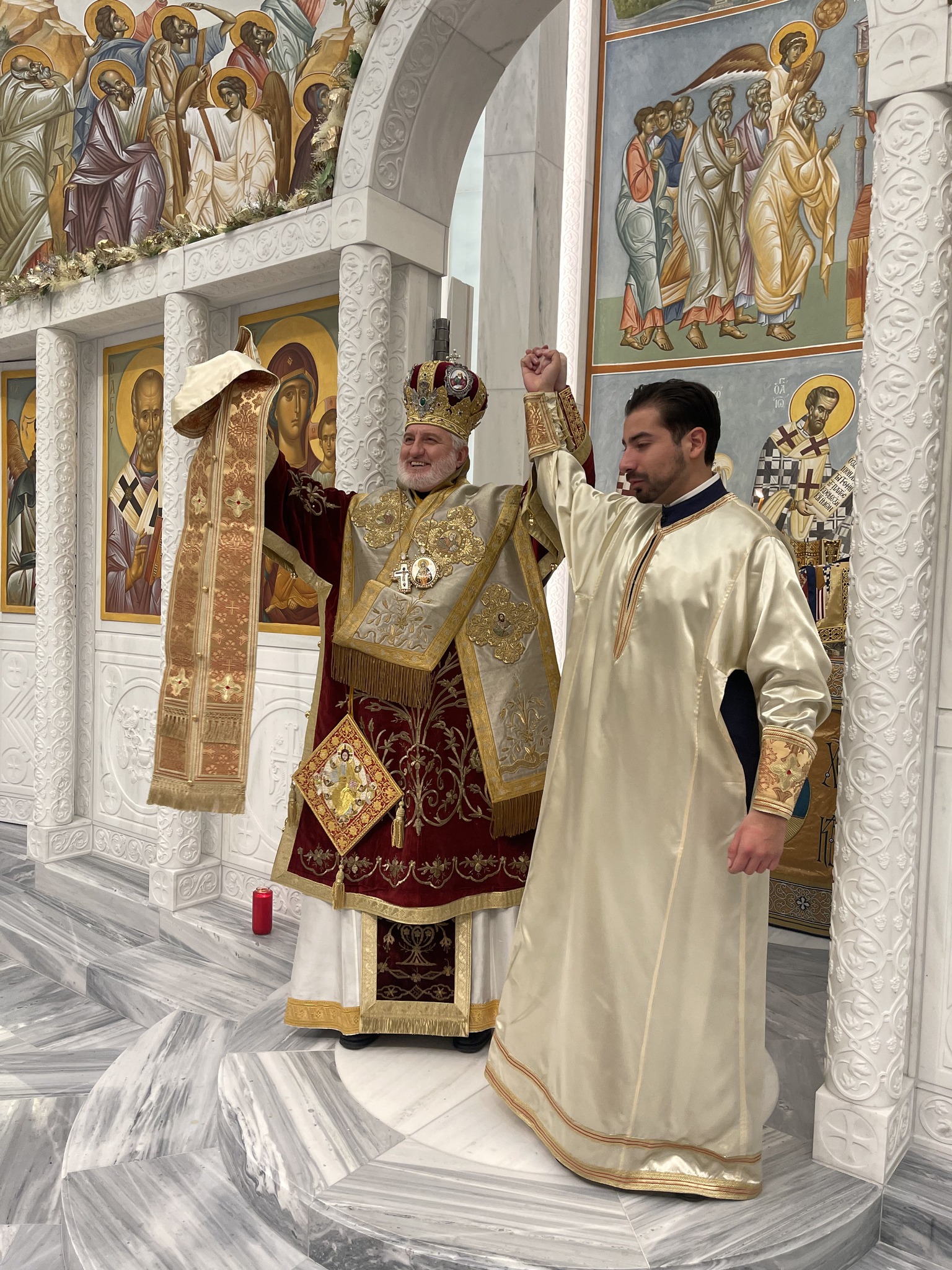 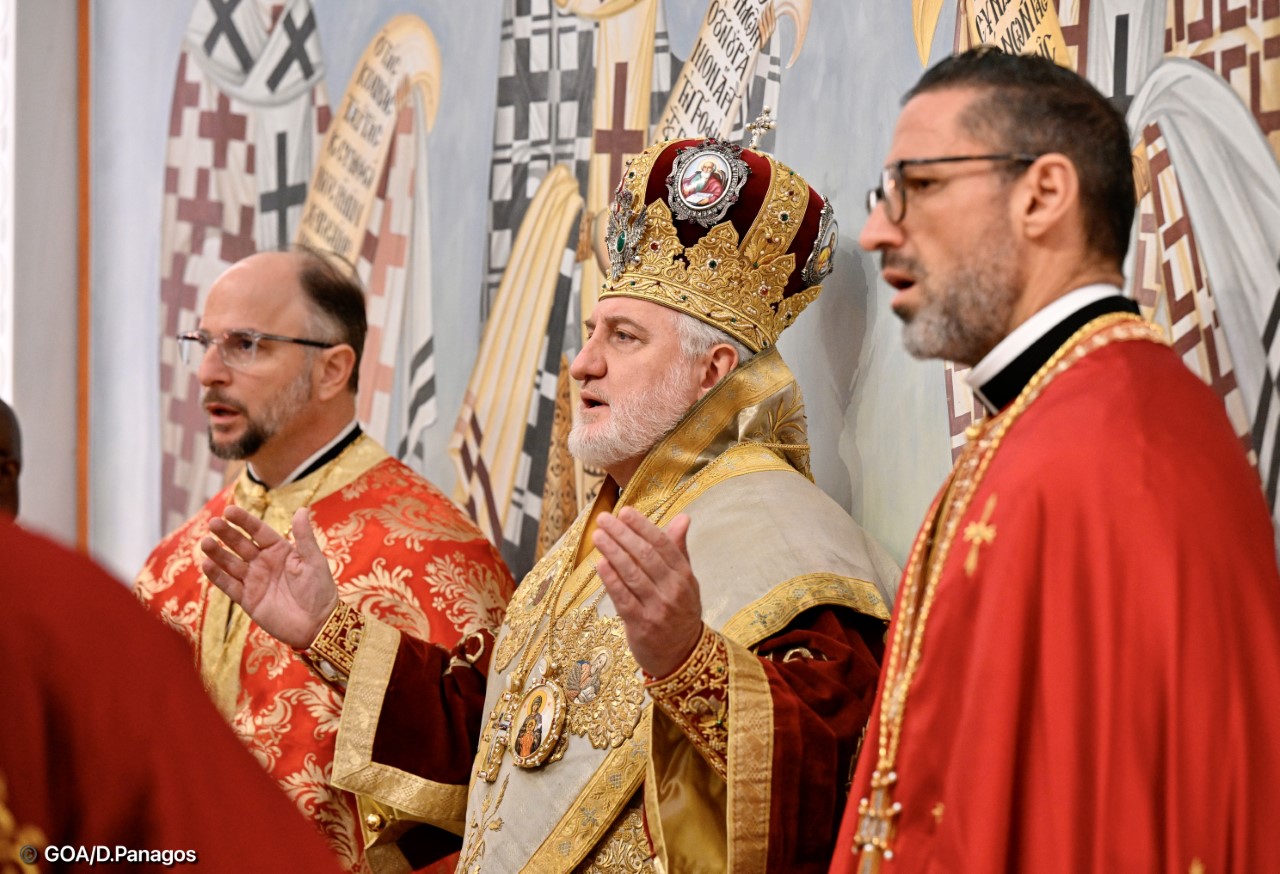 Share. Twitter Facebook Pinterest LinkedIn Tumblr Email
Previous ArticleNew Publication! Papers in Support of A Declaration for Orthodox Christian Unity in America / Year-End Letter
Next Article “Appeal” of the Patriarch of Jerusalem to the Archbishop of Cyprus to preserve the unity of the Orthodox Church