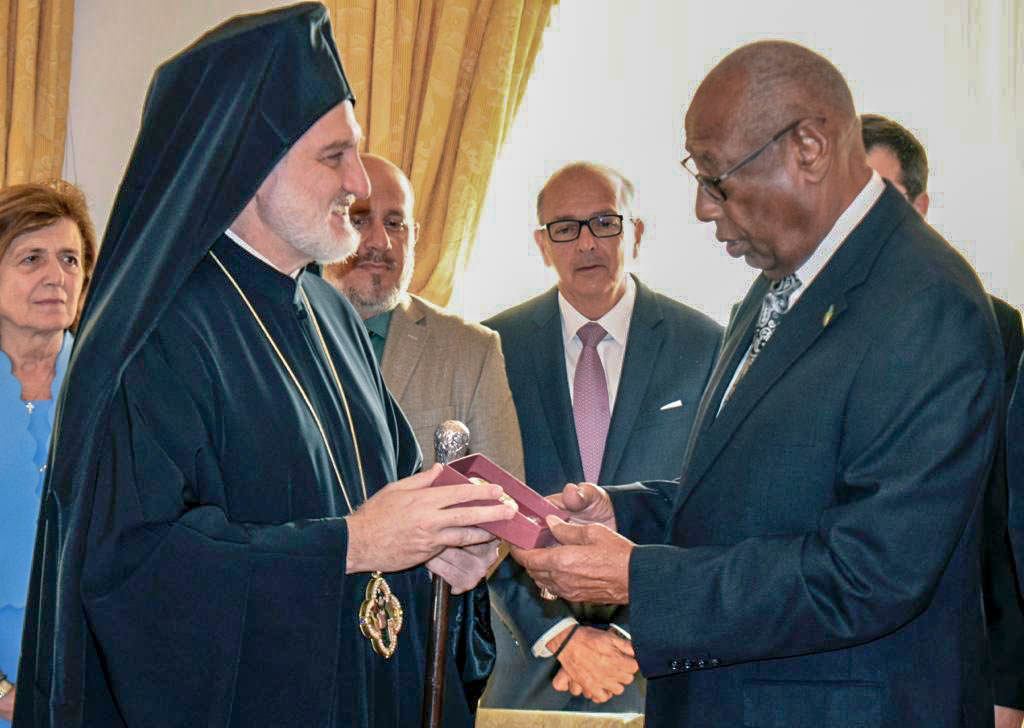 NEW YORK – His Eminence Archbishop Elpidophoros of America completed an historic three-day visit to The Bahamas in the aftermath of Hurricane Dorian. On Monday morning (Oct. 14, 2019) he met with the Governor General, the Most Honorable Sir Cornelius Alvin Smith.  They discussed the extent of damages and ongoing relief efforts. Dean Triantafilou, Executive Director of International Orthodox Christian Charities, spoke about the IOCC short- and long-term support of the Annunciation Greek Orthodox Church’s relief and recovery efforts. His Excellency the Governor General expressed the nation’s appreciation for this assistance, which included a combined gift of $126,000 from Leadership 100, the National Philoptochos Society, and the Philoptochos chapter of the Kimisis Tis Theotokou parish in Southampton, NY. 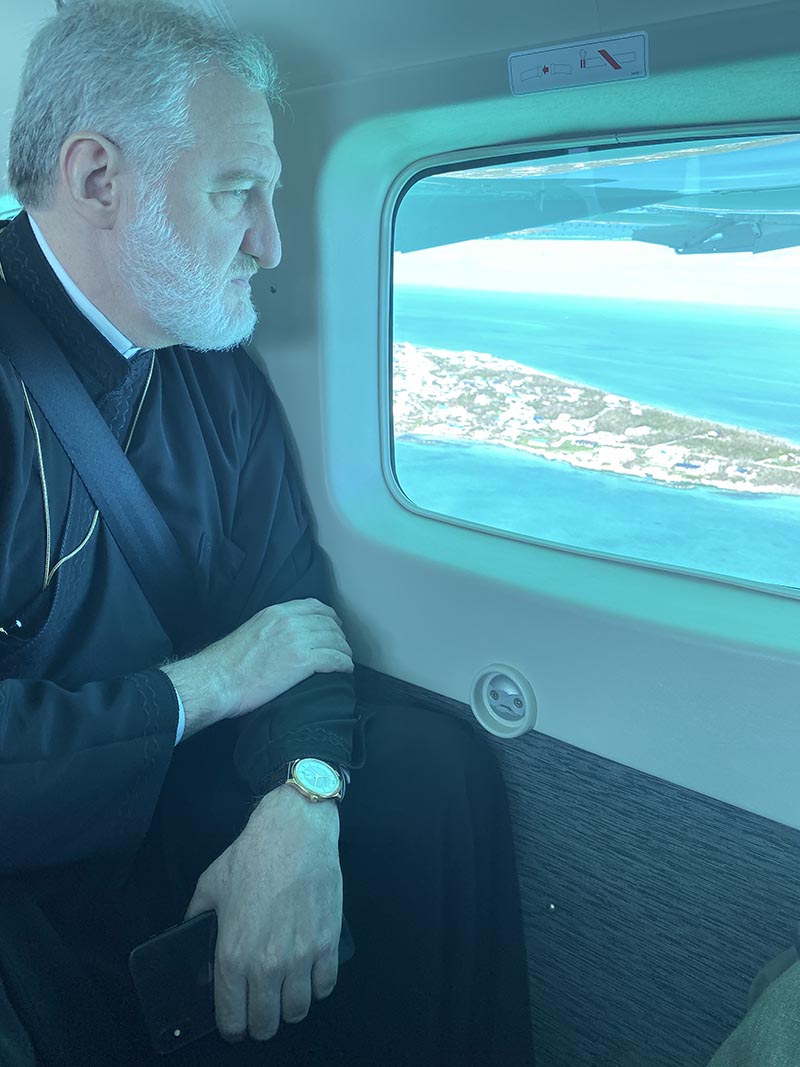 His Eminence then boarded a small aircraft to make an aerial survey of Abaco and Grand Bahama, the islands most affected by the storm. His Eminence said, “My heart was deeply moved by not only by the sight of this catastrophe and the profound suffering, but also by the courage and strength of the Bahamian people. I am very proud of the philanthropic work of our Greek Orthodox community there. I pray that the Lord grant abundant mercy to them, so that a swift and full recovery may be achieved. His Eminence was met in Grand Bahama by Deputy Prime Minister Kevin Peter Turnquest. His Eminence was accompanied by Fr. Alex Karloutsos, Vicar-General of the Archdiocese; Fr. Irenaeus Cox, Proistamenos of the Annunciation Greek Orthodox Church in Nassau; Mr. George Maillis, Parish Council President; Alexander Maillis, Archdiocesan Council member; Chris Tsavoussis, Leadership 100; and Dean Triantafilou of IOCC. Later in the day, His Eminence had a meeting with Deputy Prime Minister Turnquest and Mr. Ian Rolle, President of the Grand Bahama Port Authority.

On Sunday, His Eminence celebrated the Hierarchical Divine Liturgy at the Annunciation parish. He conveyed the love and support of the entire Archdiocese for the faithful of The Bahamas and their nation. In his homily he stressed that nothing can separate us from the love of God in Christ Jesus, nor from the mutual love of the Church: “Although geographically we are separated by many miles of ocean, spiritually we are closer than neighbors. In Christ, we are one family, brothers and sisters together; in Christ, we are one Body, and members of one another.” 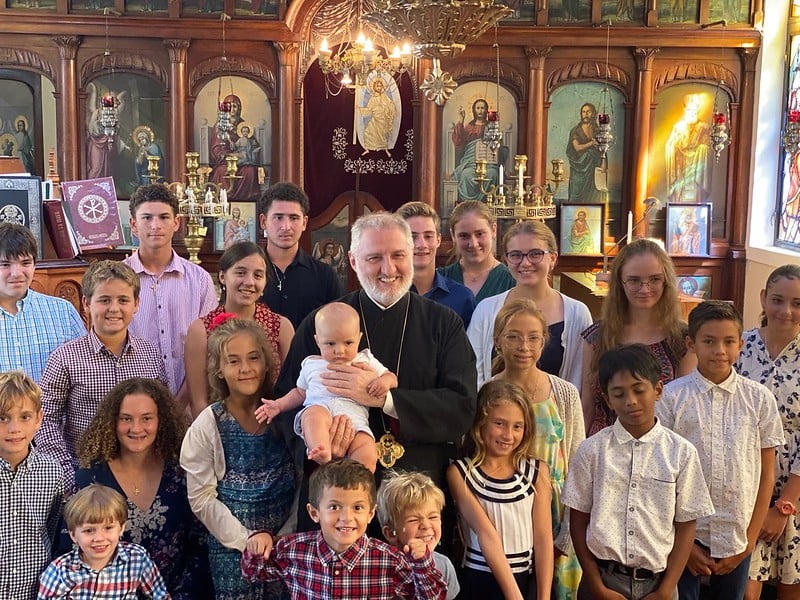 After the Liturgy, His Eminence spoke directly with the children of the parish. He encouraged them to help those in need by sharing their time and concern. His Eminence also met on Sunday afternoon with the parish leadership, where he challenged them to actively recruit new leaders from the younger generations of the community.

His Eminence encourages the Orthodox Christian faithful of America to assist in the relief efforts for The Bahamas by supporting the work of IOCC. Contributions may be made online at iocc.org/Dorian.

Meeting with the youth of The Bahamas

Meeting with the Governor of The Bahamas

Share. Twitter Facebook Pinterest LinkedIn Tumblr Email
Previous ArticleMETROPOLITAN OF PIRAEUS ON UKRAINIANS’ ECUMENISM WITH CATHOLICS: “THESE PEOPLE LACK THE FEAR OF GOD”
Next Article Announcement of the Holy Eparchial Synod of the GOA