[ditty_news_ticker id="27897"] Archbishop Elpidophoros of America: There is no war in Ukraine, this is an invasion (VIDEO) - Orthodox Christian Laity 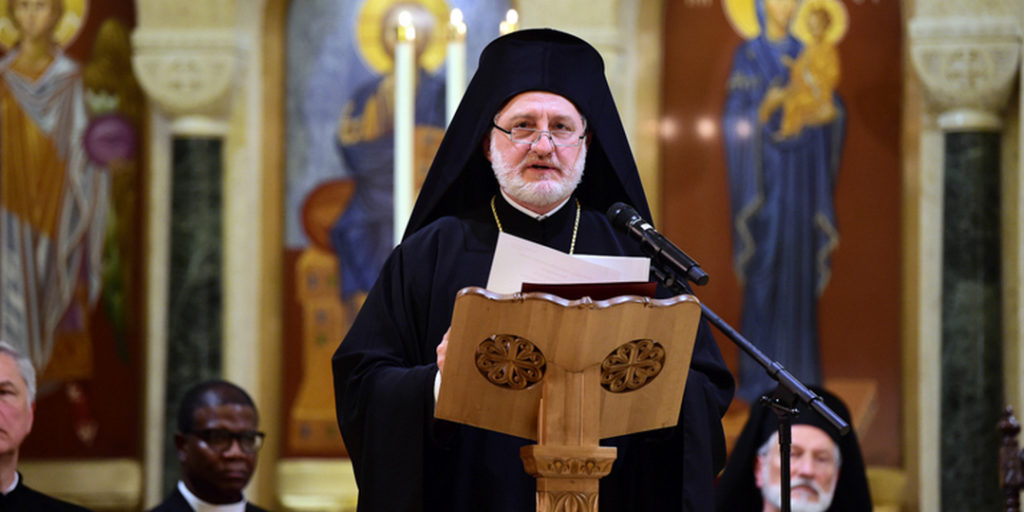 “The days are rough. I’m annoyed when I hear the word war. There is no war. War is when two sides declare war on each other and fight. We do not have a war in Europe. “There is no war in Ukraine, this is an invasion.”

This is one of the things that the Archbishop Elpidoforos stressed in his statement. The Archbishop of America, after the meeting with the Deputy Minister of Macedonia-Thrace Stavros Kalafatis, regarding Russia’s invasion on Ukraine, sent a message of support to the Ukrainian people, according to an article of grtimes.gr.

“It is an unprovoked invasion of a country that is militarily, politically and economically stronger, against a country that is an independent, sovereign country, but unfortunately does not even have the army needed to resist and thus it is being exploited.

“It is clearly an exploitation of a strong force, which violates the rights of national sovereignty and freedom of an independent state,”pointed out the Archbishop Elpidophoros, emphasizing that “these are acts that are contrary to human civilization.”

“We have managed as a human civilization to respect each other and not to relive the memories of World War II or more recent ones, as we had during the invasion of Cyprus,” said the Archbishop of America.

Kalafatis: “We demand an immediate termination of the invasion – We stand by the struggling Ukrainian people”

On his side, the Deputy Minister of Macedonia-Thrace, Stavros Kalafatis, condemned the Russian invasion on Ukraine and stressed that relations between Greece and the United States are stronger than ever.

“We Greeks strongly condemn this attack, as it violates the international law, affects the sovereignty of an independent state and causes the loss of human lives. We demand the immediate termination of the invasion and we stand by the struggling Ukrainian people, but also by the proud Greek community “, stressed Stavros Kalafatis.