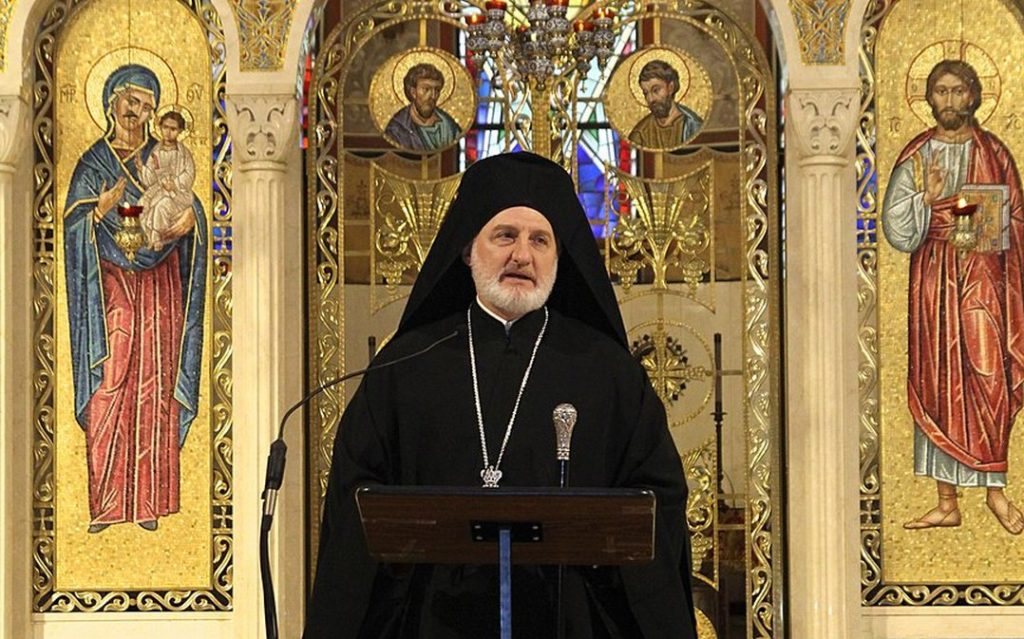 His Eminence Archbishop Elpidophoros of America, announces the creation of the High Council for Greek Education in the U.S. at Holy Trinity Archdiocesan Cathedral, Manhattan on January 30, 2020. (Photo by TNH/ Zafeiris Haitidis)

ΒΟSTON – His Eminence Archbishop Elpidophoros of America fell ill due to extreme fatigue on Saturday, November 6. After experiencing dizziness, he visited a doctor who informed him that the fatigue was a symptom of vertigo (which also causes excessive fatigue). The doctor recommended rest and thus the Archbishop remained in bed on Saturday and Sunday.

Archbishop Elpidophoros didn’t accompany the Ecumenical Patriarch to the airport for his departure to Constantinople at noon on Sunday, November 7. His All-Holiness was accompanied to John F. Kennedy International Airport by Bishop Apostolos of Medeia who represented Archbishop Elpidophoros.

Archbishop Elpidophoros confirmed the news of his illness to TNH. The Archbishop canceled his attendance and participation at the dinner of the Philoptochos Organization where he was represented by Bishop Athenagoras of Nazianzus, as well as in the Serbian Liturgy in Pittsburgh. He also canceled his visit to St. Nektarios Monastery in New York, where he will be represented by Bishop Apostolos of Medeia. The Archbishop is on the mend and has since assumed his schedule.