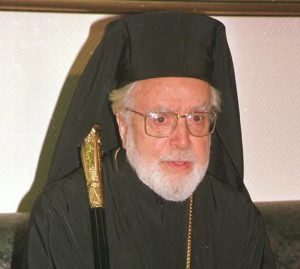 NEW YORK – The money from the sale of the home of the late Archbishop Iakovos is missing at the Archdiocese.

The home was sold in 2007 for $3 million when the real estate market was in its lowest range. The house was worth $5 million because it was situated in one of the most desirable areas of Rye, NY. Situated on 31 Park Drive South within Westchester Country Club boundaries, the house was built in 1929; it is a two-story building with a brick exterior. It has six bedrooms, four bathrooms, an oil heating system, a three-car garage, and its annual property taxes in 2007 were upwards of $36,000.

The late Archbishop Iakovos of North and South America had lived in the house for more than 25 years. The house was put up for sale shortly after Iakovosdeath, which was April 10, 2005.

TNH has learned that the money from the sale never showed up anywhere in the Archdiocese’s financial reports or the budgets it presented at the Clergy Laity Congress.

The decision to sell the house was made on October 29, 2005 during an Archdiocesan Council meeting in Boston, by acclamation. The Holy Eparchial Synod of the Archdiocese did not discuss the issue at all.

It was reported in the past some $800,000 was used to fix the roof of the Archdiocese because it was leaking rainwater into the archbishop’s office, and that they were going to put the money back.

Archdiocese officials have said in the past that proceeds from the sale were to be used to enhance its programs and ministries.

But recently ousted chief administrator and financial officer Jerry Dimitriou proposed that some of the proceeds be applied toward the Archdiocese’s then-debt of $7 million.

Archbishop Demetrios of America was quick to reject Dimitriou’s proposal, however, saying that “they will eat us up from the outside,” in reference to strong opposition from Church faithful and community members against the sale.

Few people knew Demetrios’ address and telephone number, in contrast to Iakovos, whose home was known and open and who most of the time answered his phone.

Even today in case of an emergency, if the synodic hierarchs want to contact him they have to call his executive secretary Alice or Archdeacon Panteleimon, who call Demetrios and give him the message to call them, blocking his number from being detected with Caller ID.

During his first 11 years as Archbishop, Iakovos resided within Archdiocese quarters. In 1971 he purchased the house on his own for $92,000. After 20 years, he sold the house to the Archdiocese for the same amount he had originally purchased it, although its value had increased to more than $2million at the time. Iakovos’wish after he passed away was for the house to continue to be used by future archbishops.