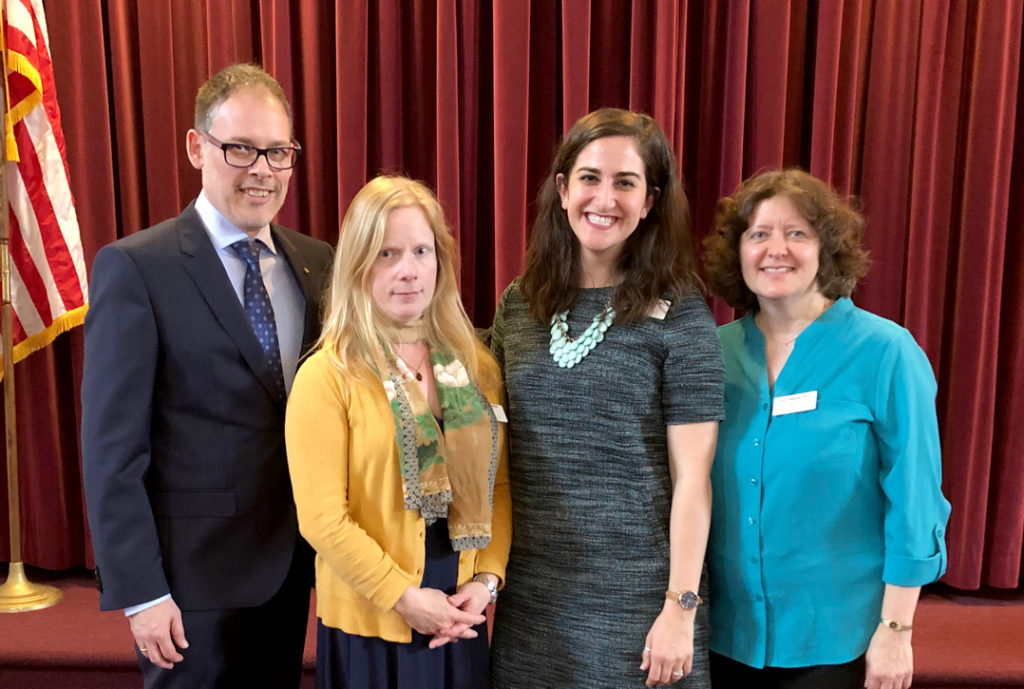 With the blessings of His Eminence Metropolitan Evangelos of New Jersey, an Archon symposium was held at the St. Sophia, Sts. Faith, Hope and Agape Greek Orthodox Church in Jeffersonville, PA on Saturday, March 30, 2019, focusing on the historical, canonical and ecclesiastical status of the female diaconate, including a fresh look at the role of deacons in the Orthodox Church and an examination of whether the Church will lose young women if questions around the female diaconate are not addressed.

Regional Commander Dr. Cary J. Limberakis, who organized the symposium, commented, “After having attended a religious seminar late last year, I learned that in 1988 an International Orthodox Consultation was convened by His All-Holiness Ecumenical Patriarch Demetrios I, of blessed memory, and that one of its concluding recommendations was the restoration (not creation) of the female diaconate. I was completely oblivious of this! I felt compelled to act on this recommendation and began organizing a symposium with experts on the subject matter so as to increase the awareness of this not-well known International Orthodox position, particularly in America.”

The symposium was introduced and moderated by the Historian of the Order of Saint Andrew, Archon George E. Demacopoulos, Ph. D., Professor of Theology, Co-Director, Orthodox Christian Studies Center Fordham University, Bronx, New York. After the event, Demacopoulos tweeted: “What a spectacular event this was. Thank you @OrderStAndrew [the Order of Saint Andrew’s Twitter address].”

Lectures were presented by the Rev. Dr. John Chryssavgis, the renowned author and theologian, Archdeacon of the Ecumenical Patriarchate and theological advisor to the Ecumenical Patriarch who spoke on “The Diaconate in Christ: A Fresh Look at the Role of Deacons”; Teva Regule, PhD, of Boston College, a scholar of liturgical theology, history and ritual studies and noted researcher in the fields of sacramental theology, ecclesiology, ecumenism, theological anthropology, and the ministry of women in the Church, who spoke on “The Female Diaconate in The Orthodox Church?”; Kyra Limberakis, M.T.S., Director of the CrossRoad Summer Institute and Assistant Director of the Office of Vocation & Ministry at Hellenic College Holy Cross Greek Orthodox School of Theology, who addressed the topic of “Young Women: Will the Church Lose Them?”; and Carrie Frederick Frost, PhD, of Saint Sophia Orthodox Seminary (UOC of USA), a board member of the Saint Phoebe Center for the Deaconess and the International Orthodox Theological Association, who spoke on the topic of “Ordination: Why Now?”