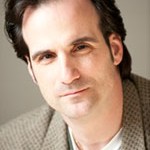 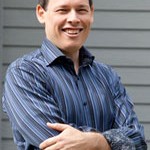 Professor Archon George Demacopoulos and Professor Archon Aristotle Papanikolaou, co-founders of the Orthodox Christian Studies Center at Fordham University, have just been awarded a National Endowment of the Humanities Matching Grant to the tune of $500,000. Even more significant than the amount, is that this is the most prestigious award available for humanities-based scholarship in the United States.

Archon Demacopoulos said, “In short, an arm of the Federal Government has decided that Orthodox Christian Studies is a field worthy of significant investment so that all Americans will have a better understanding of Orthodox thought, history, and culture. We were one of only five institutions to be awarded the maximum amount.”

In response to the news, National Commander Dr. Anthony J. Limberakis said, “On behalf of the entire Archon family we extend our heartfelt congratulations! Indeed, this is a most extraordinary and prestigious recognition of the Orthodox Christian Studies Center founded by such worthy and devoted sons of the Ecumenical Patriarchate. AXIOS!”

Read this press release on the website of Fordam University»

The Orthodox Christian Studies Center at Fordham University has received a prestigious challenge grant from the National Endowment for the Humanities (NEH), an independent federal agency and one of the largest funders of humanities programs in the United States.

The three-to-one matching grant requires the center to raise $1.5 million, which will be matched by a $500,000 award from the NEH. This sum will create a $2 million endowment to fund to the center’s Distinguished Scholar-in-Residence program and Dissertation Completion Fellowship program.

“The NEH grant is the strongest possible endorsement that the work of the Orthodox Christian Studies Center is unique, valuable, and necessary not simply for Orthodox Christianity or Catholic-Orthodox relations, but for the humanities writ at large,” said Aristotle Papanikolaou, Ph.D., professor of theology and co-founding director of the center.

The two programs will provide a unique opportunity for scholars and doctoral students of Orthodox studies. The Scholar-in-Residence program is unprecedented for the discipline, while the Dissertation Completion Fellowship program will become one of only two nationwide.

“Years ago, when we had first started thinking about the center, we realized that we could have the greatest long-term impact by sponsoring research, books, and conferences,” said George Demacopoulos, Ph.D., associate professor of theology and co-founding director of the center. “Now we want to create a space where scholars who are studying Orthodox Christian studies can have access to the resources they need to pursue their scholarship.”

This is the first challenge grant earned by Fordham, which was one of only five institutions nationwide this year to receive the maximum award of $500,000.

“I cannot think of a finer endorsement of Fordham’s Orthodox Christian Studies Center than this prestigious NEH grant. The grant speaks volumes about the quality of scholarship produced in the program,” said Joseph M. McShane, S.J., president of the University. “In this, much credit is due to George Demacopoulos and Telly Papanikolaou, who have brought tremendous energy and new scholarship to Orthodox Studies at Fordham.”

“This is great for our center, it’s great for the Department of Theology, and it’s great for the University,” Demacopoulos said. “It reflects Father McShane’s vision that this kind of center is truly important, and that its importance can be recognized outside of church-affiliated institutions.”

Founded in 1841, Fordham is the Jesuit University of New York, offering exceptional education distinguished by the Jesuit tradition to more than 15,100 students in its four undergraduate colleges and its six graduate and professional schools. It has residential campuses in the Bronx and Manhattan, a campus in West Harrison, N.Y., the Louis Calder Center Biological Field Station in Armonk, N.Y., and the London Centre at Heythrop College in the United Kingdom.