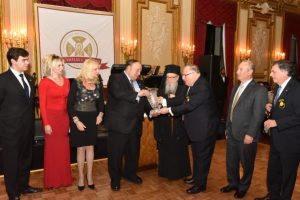 NEW YORK – The Order of Saint Andrew, Archons of the Ecumenical Patriarchate, bestowed the Nicholas J. Bouras Award upon entrepreneur, philanthropist, and Chairman of the Red Apple Group John Catsimatidis on October 20.

The ceremony took place during the official dinner at the Metropolitan Club in Manhattan. His Eminence Archbishop Demetrios, Geron of America attended as well as other prelates, as did former White House Chief of Staff Reince Priebus and about 200 members of the Order along with their families.

The prestigious award was established in 2011 while Nicholas Bouras was still alive and this year’s ceremony is the seventh consecutive one, the fourth since he passed away. It honors Bouras’ memorable charity work and the valuable service he has offered to the Archdiocese, community, and the Patriarchate.

John Metaxas, who coordinated the event, referred to Bouras’ and Catsimatidis’ lives and work. George Safiol, who headed the Organizing Committee, spoke about Catsimatidis’ business, philanthropic, and political endeavors.

Theodore Bozonelis, a former judge and Order Secretary, stated that Catsimatidis has given more than $2 million in scholarships as well as many other charitable initiatives, and referred to the honoree’s 2013 NYC Mayoral bid.

Catsimatidis’ children, Andrea and John Jr., presented their father and moved the audience with their loving words about him. He thanked them along with his wife, Margo, and also Fr. Alexander Karloutsos and Presbytera Xanthi, Archbishop Demetrios, and Priebus.

Catsimatidis, humble to be awarded, said he accepted because it is an honor of the memory of his very good friend Bouras. Archbishop Demetrios echoed that sentiment. 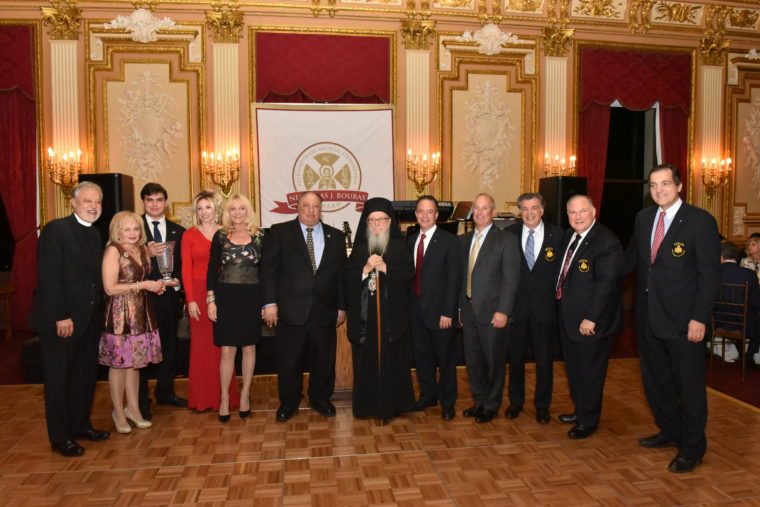