[ditty_news_ticker id="27897"] Archons of the Ecumenical Patriarchate in America Attend Organization for Security and Co-operation in Europe (OSCE), Meet with U.S. Delegation

Source: Order of Saint Andrew the Apostle – Archons of the Ecumenical Patriarchate in America 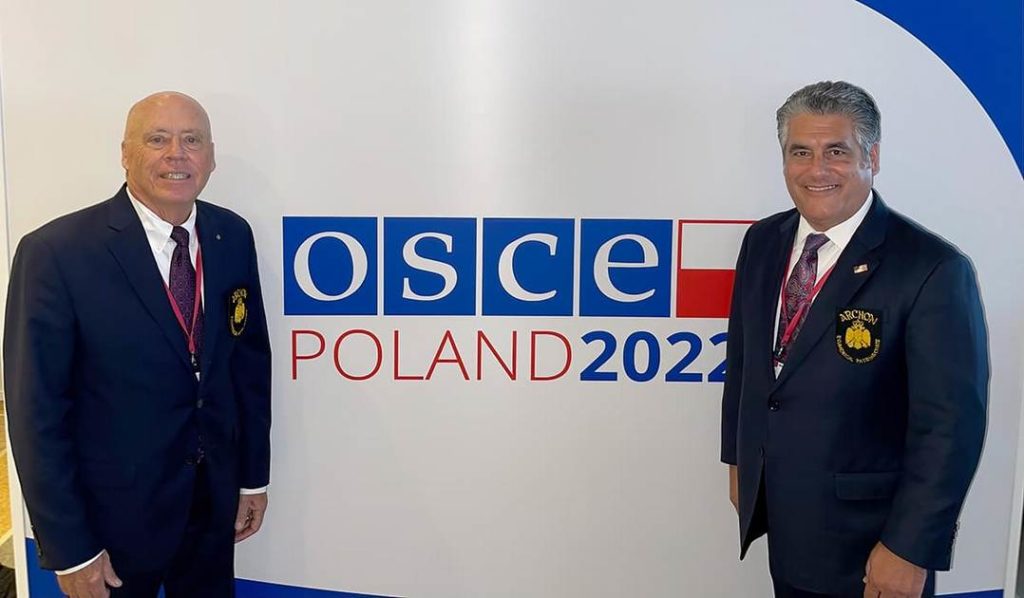 On September 25–29, 2022, Archons Franklin (Rocky) Sisson, Jr., Archon Prepositos, and Archon Hon. Steven G. Counelis, Archon Nomophylax, participated in the annual Warsaw Human Dimension Conference of the Organization for Security and Co-operation in Europe (OSCE) in Warsaw, Poland, where they made poignant presentations promoting the religious freedom of the Holy Mother Church. The Archon two-man team met with delegations from the United States and other countries and entities dedicated to human rights and fundamental freedoms worldwide.

The OSCE’s annual Warsaw Human Dimension Conference is Europe’s largest annual human rights and democracy conference. It is a platform for the 57 OSCE participating nation states, international organizations and other relevant actors to take stock of the implementation of the OSCE’s human dimension commitments.

Since 2006, the Order has sent a delegation to the OSCE meetings in order to present vital information to the international community on the Turkish Republic’s continuing violations of human rights and religious freedom perpetrated against the Ecumenical Patriarchate.

Archons Sisson and Counelis each participated in the assembly and submitted written statements. On September 28, Archon Sisson presented an oral argument detailing the discrimination and impediments to religious freedom faced by the Ecumenical Patriarchate in Turkey today. 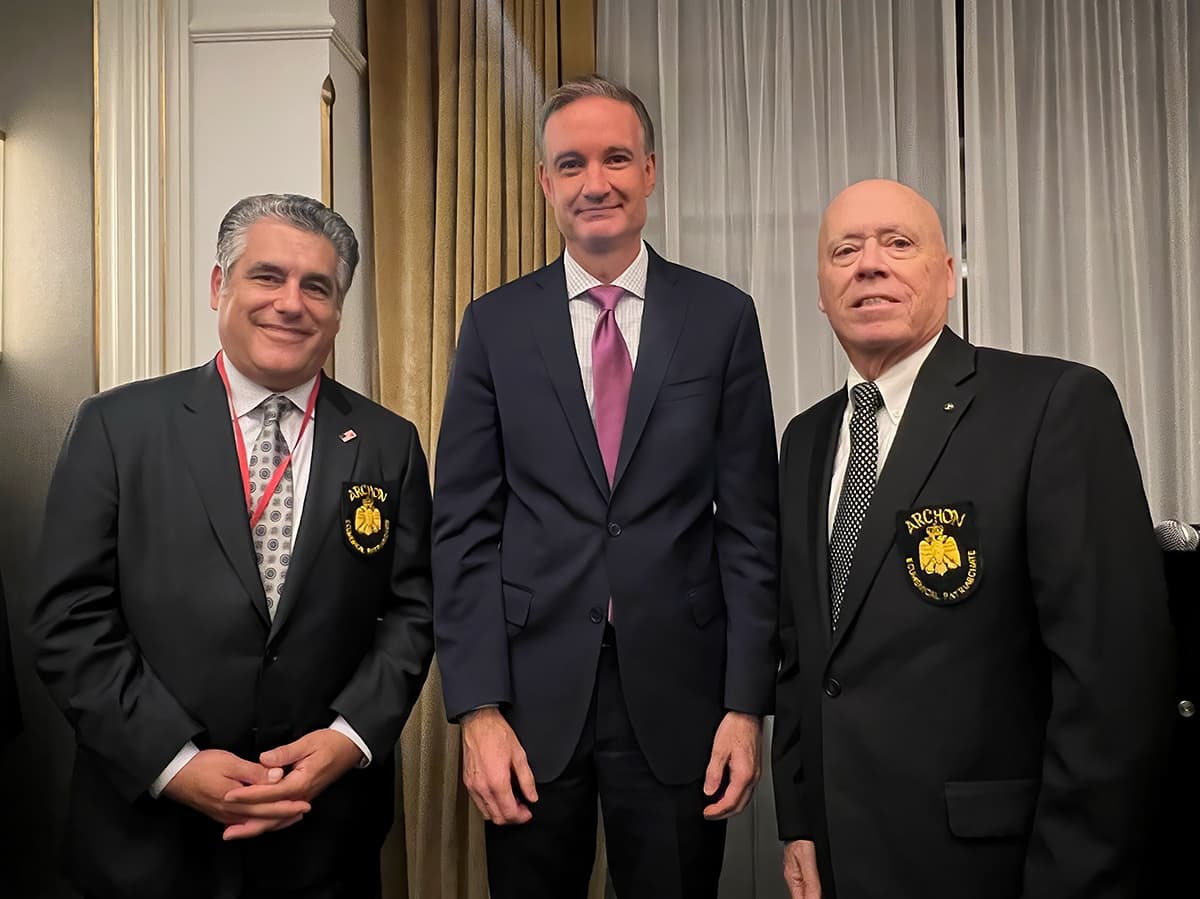 Many of the 57 participating nation states send ambassadors to the OSCE. Because of the conference’s immense importance and prestige, the U.S. State Department sends a delegation to the meetings as well. Archons Sisson and Counelis conferred with the United States representatives, including the United States Ambassador to the OSCE, Michael R. Carpenter, and head of the American delegation Ambassador Michael G. Kozak of the U.S. State Department. The Archons provided these officials with the most current information regarding the status of our Ecumenical Patriarchate in Turkey, and regarding the major issues, most recent developments and current documents of the Order.

Archons Counelis and Sisson also conferred with others in attendance who are sympathetic to the plight of the Ecumenical Patriarchate. 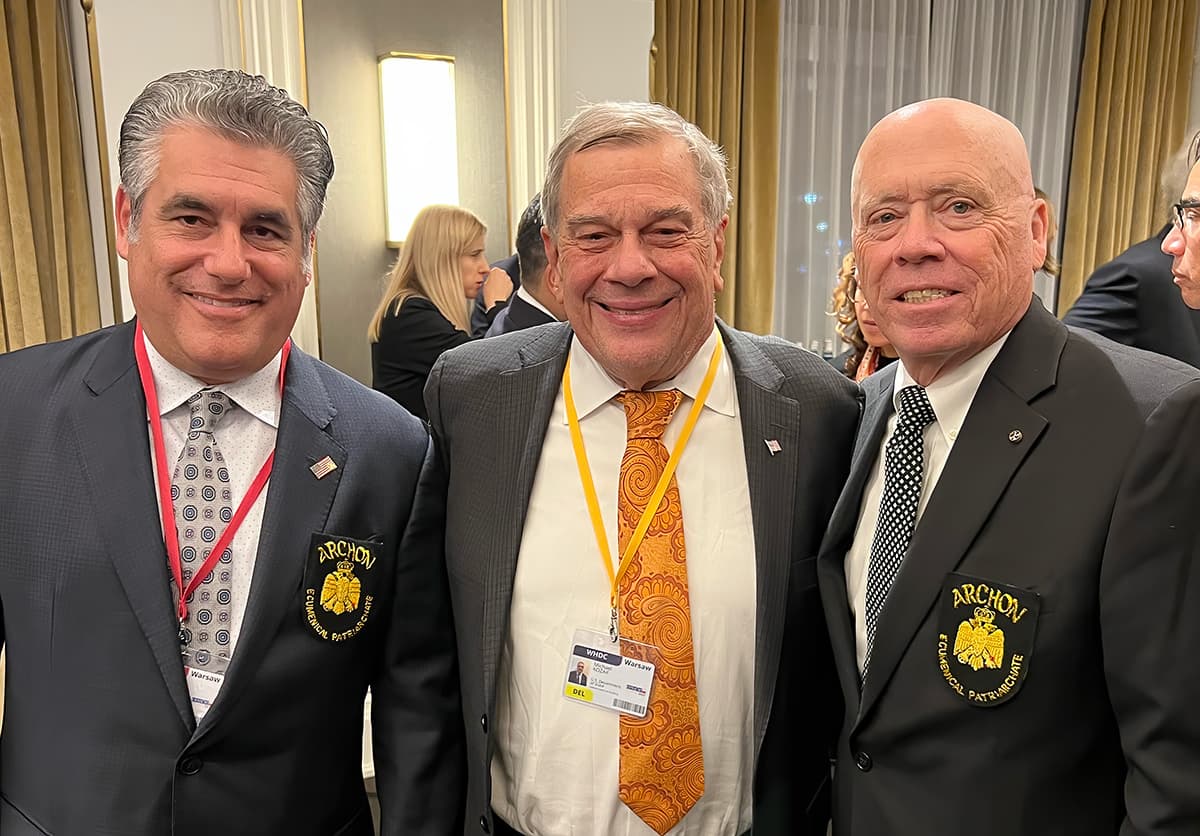 Anthony J. Limberakis, M.D., National Commander of the Order of Saint Andrew the Apostle, Archons of the Ecumenical Patriarchate, stated: “Since 2006 The Order has prioritized sending a delegation to the OSCE Human Dimension meetings so that the ongoing, egregious violations of fundamental religious freedom and institutional human rights are presented to the world community. I salute this year’s delegation of Archons Rocky Sisson and Judge Steve Counelis who left family and homes to serve the needs of the Great Church of Christ in Warsaw, Poland. Along with Archons Sisson and Counelis, in previous years Archons Dr. Spiro Macris, Dr. Nicholas G. Loutsion, Theofanis V. Economidis, Constantine G. Caras, Esq. and Dr. Stamatios Kartalopoulos have made impactful presentations fighting for religious freedom for our Holy Mother Church in the OSCE arena.”