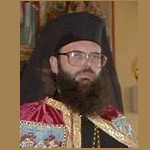 Objective of the Committee

The Committee for Canonical Regional Planning is charged with formulating a proposal for a plan to organize all the Orthodox faithful of every jurisdiction in the Region on a canonical basis, in accordance with the Rules of Operation, Article 5.e of the 4th Pre-Conciliar Pan-Orthodox Conference in Chambésy. This plan is intended for presentation to the forthcoming Great and Holy Council of the Orthodox Church as per the Decision Article 1.b of the 4th Pre-Conciliar Pan-Orthodox Conference.

These efforts will be undertaken in cooperation with other Assembly Committees, such as Canonical Affairs, Clergy Affairs, Liturgy, etc., with initial results to be reviewed by the entire Committee for Canonical Regional Planning in early April 2012.

The Committee would like to thank its Consultants for offering their energy, experience, expertise, and love for the Church towards the task of proposing a plan for canonical organization of all the Orthodox faithful in the Region.