“Fast Questions and Fast Answers About American Orthodox Christian Monasteries” is the third essay in a series of mini-reports highlighting Orthodox Church life in America. Released by the Assembly of Canonical Orthodox Bishops of the United States of America, the essay is now available in PDF format online. 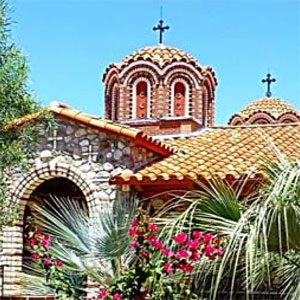 “Not many people realize that there are 80 Orthodox Christian monasteries in the USA which represent great variety of ethnic and liturgical traditions,” said author Alexei Krindatch, the Assembly’s Research Coordinator. “In fact, America is, probably, the only place in the world where—within the same country—one can visit Greek, Russian, Romanian, Serbian and other Orthodox monasteries and experience their different liturgical styles, worship practices, architecture, musicology and iconography. Besides worship services, there are many other interesting aspects and facts related to the lives of American Orthodox monasteries.”

Among the questions addressed in the report are the following.

The report is accompanied by four geographic maps and many photographs depicting everyday monastic life.

Questions may be addressed to Mr. Krindatch at [email protected]