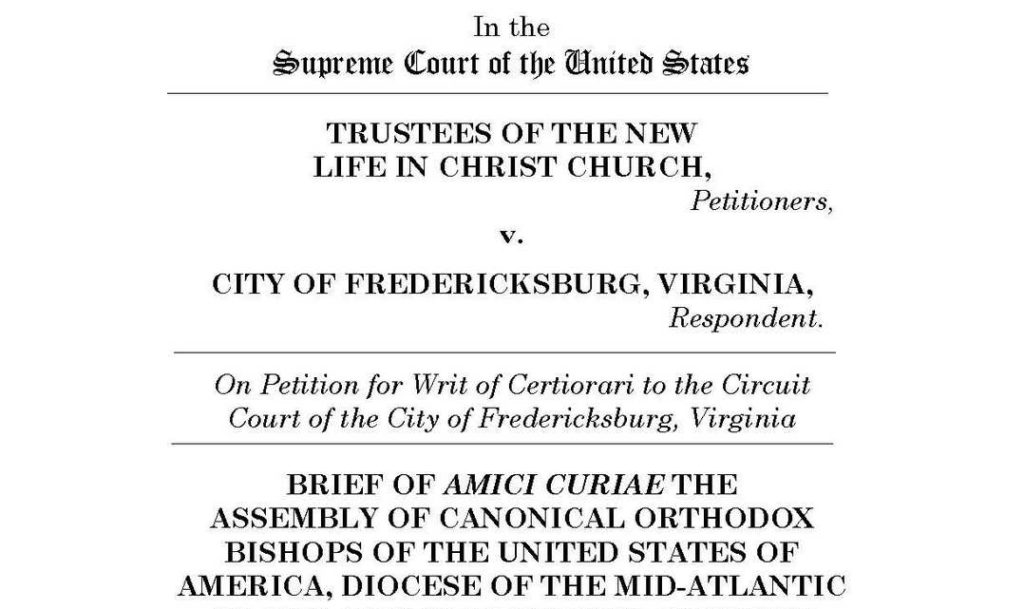 The Assembly of Canonical Orthodox Bishops of the United States of America agrees with longstanding United States Supreme Court precedent that the government should not: (a) interfere with the operations and decisions of churches; or (b) attempt to interpret the internal rules and practices of churches.

Along with other Christian groups, the Assembly of Bishops has joined an amicus (“friend of the court”) brief petitioning the U.S. Supreme Court to consider the case of Trustees of The New Life in Christ Church v. City of Fredericksburg, Virginia. In this case, a city government attempted to impose its own definition of a “minister” of the church in a ministerial housing allowance case, over against the church’s own definition. The city’s action violates past U.S. Supreme Court cases holding that the courts and government should not interpret or interfere with decisions of a hierarchical church. Allowing this decision to stand would set a harmful precedent of government interference with religious organizations’ own doctrines and practices.

The brief may be read in full at this link.