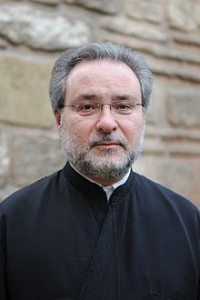 THE GREAT COUNCIL OF THE ORTHODOX CHURCH IN 2016

A Holy and Great Council of the Orthodox Church has been scheduled for 2016. In March of 2014, the leaders of all the autocephalous (independent) Orthodox Churches met in Istanbul, the sacred see of the Ecumenical Patriarchate, which historically (since at least the fifth century) coordinates such assemblies, facilitating unity while serving as a center of appeal among these churches. Arguably the foremost decision unanimously agreed upon at that assembly of church heads was the convocation of a Great Council in 2016, tentatively planned to be held in the Church of Haghia Irene—the site of the second ecumenical council of 381, which completed the “creed” recited by most Christians today. Haghia Irene is now a museum in Istanbul, never having been converted into a mosque since the fall of Constantinople in 1453….