[ditty_news_ticker id="27897"] Bartholomew: How can we bless this war, as Kirill does? - Orthodox Christian Laity 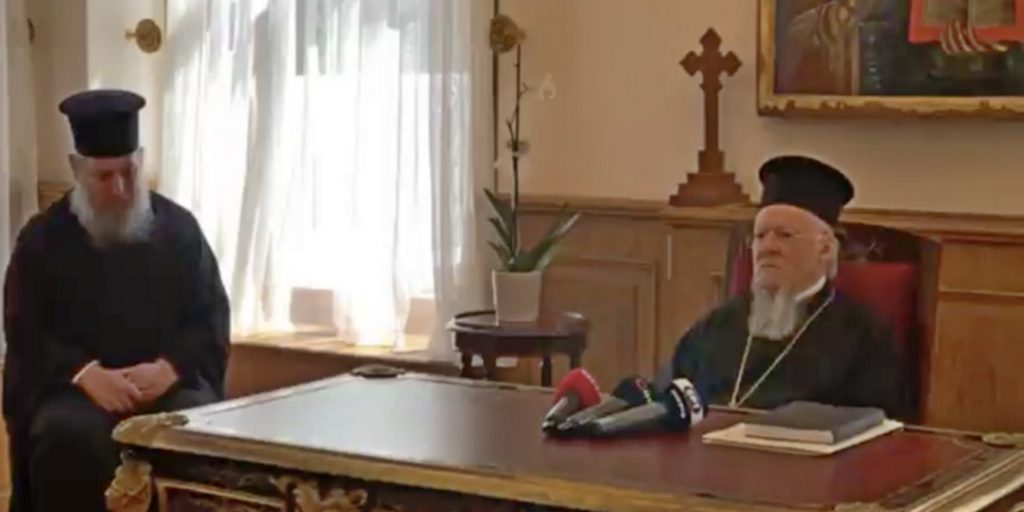 Ecumenical Patriarch Bartholomew once again expressed his condemnation of the war that began with the invasion of Ukraine by Russia.

He continued: “His Beatitude the Patriarch of Moscow said that it was a holy war and tried to justify it and explain it in spiritual and religious terms.

But I have allowed myself to correct it and say that it is not a holy war but an unholy and evil war. When thousands of new soldiers are killed on both sides, and not only soldiers but also civilians, how can we bless this war with our two hands, as the Blessed Patriarch of Moscow unfortunately does?”

He also stressed that Russia could choose another way to solve its problems with the Ukraine with which it borders. “He chose the worst way. We want this war to end an hour earlier, for the Western powers to help persuade Russia.”

“We have Russians, Ukrainians, Gagauzians, Georgians, Romanians, and so on and we all surround them with the same affection without making any discrimination in favor of one or at the expense of the other. They are all children of the Patriarchate as long as they live here, in Turkey.”

The languages of the conference are Greek, English, Turkish, and Russian.