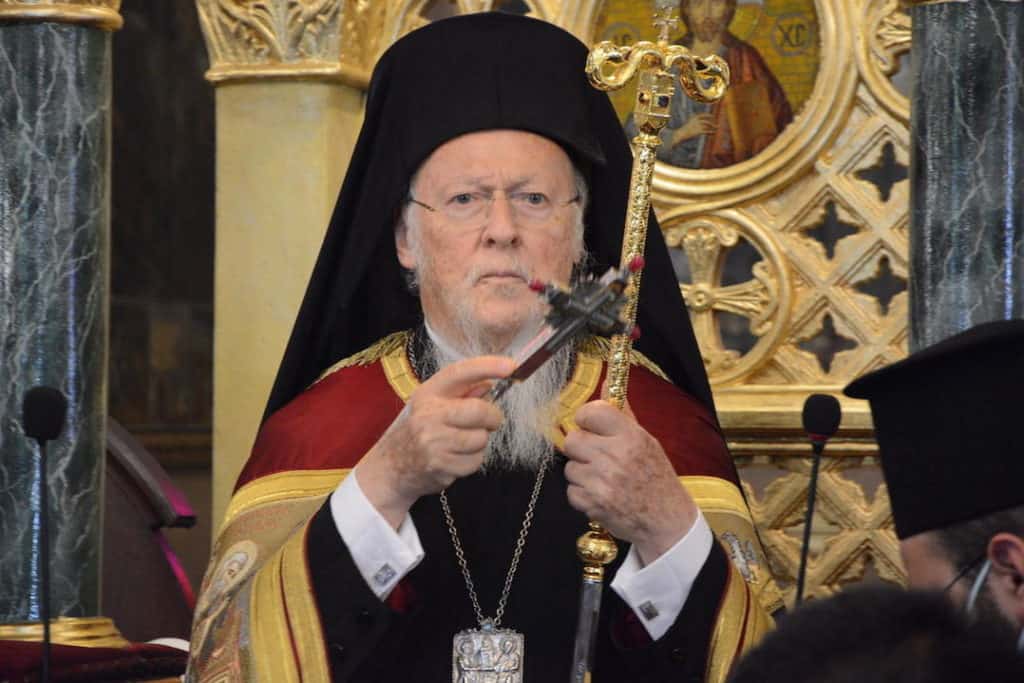 In his speech after the Divine Liturgy, which he presided today on the feast of the Assemblies of the Holy Apostles, at the solemnized Holy Church in Ferikoy, the Ecumenical Patriarch stressed that:

The Ecumenical Patriarch also noted that the life and course of Christ’s Holy Great Church, through the centuries, resembles that of the Apostles.

“By the power of the crucified Lord, the Holy Great Church of Christ survived so many bad moments in the historical life, gave the good witness to the world and worked miracles.

How similar is the life and course through the centuries to the life of the Apostles, as we have heard it today in the Apostolic reading, part of which we repeat.”

Earlier the Patriarch made special reference to the Twelve Apostles. “They were not only for their time, but also for all centuries, the intercessors of the Resurrection, thanks to whom our faith is not in vain, nor our preaching is empty.”

“The very calling and election of them as Apostles, while they were but simple, illiterate, and poor men, is an illustration of the truth that God is able; that God’s standards differ from those of human; and that, consequently, nothing small, nothing base, is to be despised, for that in the eyes of God may be of incalculable value and importance.”

His Holiness expressed his gratitude, “to the brother Metropolitan of Kallioupolis and Madytos, Mr. Stefanos, Supervisor of the Tataulon District, for his dedication to the ministry of the Mother Church”. The Honorable Archbishop Exarch Mr. Konstantinos Santaltzidis, then, reported on the work of the Community during the past year.

Prior to that, His Holiness celebrated a Trisagion for the repose of the souls of his Venerable Predecessor Patriarch Demetrios, the Hierarchs who served as Supervisors of the Tataula Region and the clergy who have served in the Church of the Holy Apostles of Ferikoy.