[ditty_news_ticker id="27897"] BE INFORMED – Orthodox Christian Unity in the USA 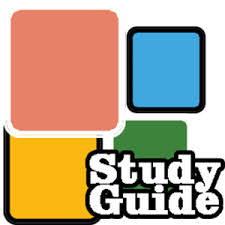 BE INFORMED – Orthodox Christian Unity in the USA

A STUDY GUIDE to HELP YOU UNDERSTAND THE CONTEXT AND WORK OF THE ASSEMBLY OF CANONICAL ORTHODOX BISHOPS IN THE UNITED STATES.

IT IS TIME FOR THE LAITY TO ACT!

The Assembly of Bishops of the Orthodox Church in the USA is a work in progress. The Assembly has concluded its 6th Meeting held on September 15-17, 2015. The bishops could not reach a consensus and move ahead to develop a blueprint for a unified Orthodox Christian Church in the USA. Many see the Church as a colony and not a mission to evangelize the people in their local communities. Their immigrant mentality continues to isolate our Church and makes us strangers in our own land. That is why the Church is in a no-growth situation. Assimilated 5th and 6th generation faithful leave. Many converts come to Orthodoxy for negative reasons; they leave their Churches because of the social and cultural issues of the day.

OCL has assembled a series of articles and essays to give you a context and analysis of the work of the Assembly up to this point. Read what you wish to get and overview. The ball is in the court of the laity to help the hierarchy decide the future of Orthodoxy in America. The challenge is to be informed and to act. Do you want your children and grandchildren to remain in the life of the Church?

A New Ecclesiology for the Orthodox Church? – Orthodoxy and Heterodoxy

Orthodoxy in America: Diaspora or Church? – Orthodox Church in America

Will the Assembly of Bishops Lay a Foundation for Unity? Why is our Geographic Church in America Subject to Patriarchates Abroad Whose Actions Appear to be Obstructing Unity? – Orthodox Christian Laity

An Impatient Patience: Achieving Orthodox Unity and Canonical Normalization in the West: An Interview with Metropolitan Kallistos (Ware) on the Orthodox Assemblies of Bishops – Patristic Nectar Publications