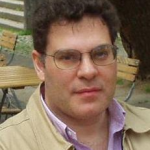 To the Editor: Kudos to Congresswoman Carolyn Maloney (D-NY) for hosting a town hall meeting in Astoria on April 22nd, and for helping to make Patrick Foye, the new executive director of the Port Authority of NY & NJ, accessible to the Greek-American community.

Rep. Maloney is offering precisely the type of support Greek-Americans need and deserve from public officials. Mr. Foye also demonstrated proper sensitivity, and it is a welcome change. His statements that reconstruction of St. Nicholas Church in Lower Manhattan is on track – in stark contrast to the stiff-necked attitude of his predecessor – were consistent with announcements last fall that the historic Church would be rebuilt well in advance of its 100th anniversary in 2016. As such, his assurances were indeed reassuring.