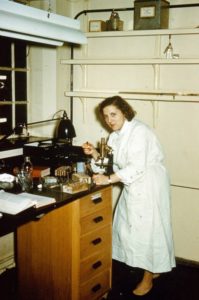 In honor of International Women’s Day, rather than spotlighting an emergent woman leader, I want to shine a bright light on a pioneering woman who’s been paving the way for women and girls (including me) for almost 100 years – my dear friend, role model, and mother-in-law, Dr. Angelyn Konugres.

The matriarch of my husband’s extended family, Dr. Konugres turned 97 this past October. Variously known by family and friends as mom, Dr. K, Lyn, Aunt Lyn, Angie, and Sassy (by my son, her adoring 10 year old grandson), Dr. K has led a BIG life — full of service, family, purpose, and plenty of life’s peaks and valleys.

Her list of life accomplishments is staggering (I’m going to share some of them below). But, like most women, she’s also a very humble and self-effacing person, far preferring that we celebrate others (and will be annoyed that I posted this). My husband, son and I stopped by her home a few years ago and discovered a coffee table book accidentally (that she would never have told us about had we not stumbled on it) about the blood medicine pioneers called “Bloody Brilliant.” The book has a whole section about her work! 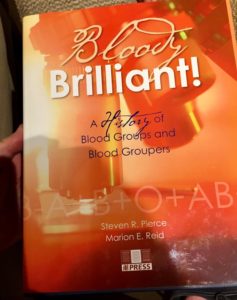