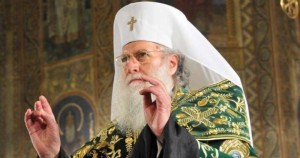 Bulgarian Orthodox Church Patriarch Neofit is to lead a “prayer for the reconciliation of the Bulgarian people” on March 10 in response to the current turbulent social, political and economic situation facing the country, the Holy Synod said.

Neofit was elected Patriarch on February 24, taking office amid a series of nationwide protests and political upheaval as Bulgaria heads for early national parliamentary elections on May 12.

Of Bulgaria’s population of 7.3 million, according to the February 2011 census, 76 per cent declared themselves to be Orthodox Christians.

The Holy Synod said that all “Orthodox Christians and patriotic people” were invited to join the prayer service.

Proceedings are to begin with Neofit leading a liturgy at the St Nedelya church in Sofia, which will be followed by the prayer for reconciliation, the Holy Synod said.