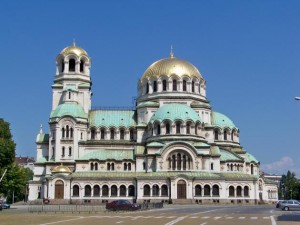 The president of Bulgaria has called on the nation to pray for peace, health and prosperity following a wave of suicides in the country believed to have been prompted by deepening poverty and resentment over state corruption.

The Sofia News Agency reported that all churches of the Bulgarian Orthodox Church will conduct such prayers starting this Friday through Sunday.

On Thursday, President Rosen Plevneliev met with leaders of the country’s various religious communities — including Muslims, Jews, Catholics, Evangelists, the Armenian Apostolic Church as well as the dominant Orthodox Church, to encourage an ecumenical approach toward handling the economic crisis and the public’s hardening despair.

Orthodox Christians represent about 80 percent of the country’s 7.3 million population.

Reportedly, all religious officials agreed to hold prayers for the country’s emotional health.

“We, Bulgarians, need to have more hope and believe in our well-being and success. As we are overcoming our obstacles, we should draw our lessons and believe more,” Plevneliev said after meeting with church officials, according to the Bulgarian National Radio.

“Faith has preserved our nation over the centuries. And it will now help us to believe in our strength and our future.”

Bulgaria is the poorest member of the European Union — the average worker earns about 400 euros ($518) per month (in contrast, Germans earn almost 3,000 euros per month). Foreign investment into Bulgaria is deterred by the perception of widespread corruption and the powerful influence of organized crime.

Over the past week, at least seven people have self-immolated, five have since died and two have been gravely injured.

Nearly 200 Bulgarians have killed themselves this year, according to a report in the Trud newspaper, citing Dr. Vladimir Nakov of the country’s National Health Center.

In March, a 36-year-old man named Plamen Goranov set himself on fire in the port city of Varna after protesting the policies of the town’s mayor (who subsequently resigned).

The newly elected Patriarch of the Bulgarian Orthodox Church, Ruse Metropolitan Neofit, has urged his flock to never consider suicide.

“Bulgarians must not fall victim to hopelessness,” he said, according to Reuters.

He also told Nova Televisa that suicide was contradictory to Christian morality.

In response to the gathering crisis, the government has formed suicide hotlines to help depressed people, while some hospitals have offered free psychological counseling.

“I will burn a candle and will pray for an end to the suicides,” Yordanka Koleva, an elderly pensioner standing outside Sofia’s main cathedral, St. Alexander Nevski, told Reuters, “We have to be strong and patient even during the crisis.”

In February, protests over high unemployment, low standard of living, rising utility bills and perceived corruption among the political elite brought down the previous center-right government of Boiko Borisov.

However, Borisov’s Citizens for European Development of Bulgaria (GERB) party is leading polls ahead of new parliamentary elections slated for May, although it is doubtful he can form a majority and will likely seek a coalition.

As for suicides, the rate in Bulgaria of people doing away with themselves is below average — in 2010, 9.3 Bulgarians out of 100,000 inhabitants killed themselves, according to EU data.