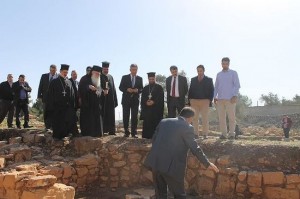 During excavations near the Palestinian town of Ramallah archaeologists have discovered a greatest Christian relic – the burial place of Holy Archdeacon Stephen, the First Martyr for Christ, reports the Linga news portal.

Research in the Kharaba at Taiar village, which lies two kilometers west of Ramallah, carried out by the Palestinian and Israeli researchers have yielded unexpected results. Within the framework of a project by the University of Jerusalem for the discovery and restoration of antiquities, a group of archaeologists led by Dr. Salah al Hudeliyya has discovered ruins of an entire church complex that includes a temple of the Byzantine-Umayyad era as well as a Byzantine monastery.

According to a statement by Dr. al Hudeliyya, this find is of great value for Christians worldwide.

“Inside one of these churches we came across an inscription which indicates that this church had been built in honor of Holy Apostle and Archdeacon Stephen the Protomartyr, buried here in 35 AD,” the historian related. 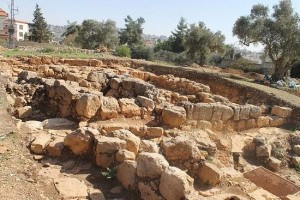 The researcher has assured the local and Church authorities, whose representatives recently visited the newly discovered ruins, that the university, as before, will put all its resources and energy into implementation of the current project.

“There are five years left, and then the necessary research will be completed and this monument will be ready; it will surely become a pilgrimage site for believers from all over the world. Tourists will take advantage of the opportunity as well, because this site is a living example of continuity of the cultures of the Middle East region: here on the same site we can see the heritage of antiquity, early and late middle ages, Hellenistic, Byzantine, and Islamic cultures,” the archaeologist said in conclusion.

One fourth of the Kharaba at Taiar village belongs to the Church of Jerusalem, which the expert believes will make this settlement a suitable place for pilgrims.