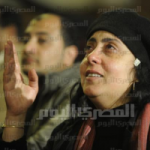 purred by what they see as an increasing tide of Islamization lead by the Muslim Brotherhood, 13 Coptic civil society and political activist groups decided to band together and create a coordinating body unattached to the church.

Inaugurated last week, the Coptic Consultative Council is meant to work as a “unifying entity for all Christian groups, unions and institutions … aimed at reaching a common political and intellectual perspective on the big issues,” their mission statement reads.

The council, which includes representatives from groups such as the Maspero Youth Union, Copts for Egypt, the Kalimah Center for Human Rights and the Egyptian Center for Minorities became an idea after a succession of sectarian clashes and tensions in different parts of Egypt.

“We realized the pressing need for this council especially after the Amreyyah incidents, and of course lately the Dahshour incidents,” said Tharwat Bikheet, a member of the Egyptian Observatory for Human Rights, and one of the council’s members.

In January, individual clashes between Copts and Muslims in the village of Amreyyah near Alexandria ended with the exile of Coptic families from the village after sectarian clashes ensued. The year 2012 has since seen many major incidents of sectarian tension.

During the reign of ousted President Hosni Mubarak, the Coptic Church was normally the mouthpiece for Copts on many of the issues that specifically concerned their well-being. Under the auspices of Pope Shenouda III, the Church has played an increasingly political role, but since the revolution that has changed.

“Bishop Bakhomious (one of the leading clergymen in the Coptic Church) has worked on decreasing the Church’s political role since Pope Shenouda died. Also, Copts like all other Egyptians have become used to being engaged and more involved since the revolution,” said Hany Milad, the presiding judge in Mansoura City Courts.

While the council will not be waiting for political direction from the Church, it is not meant to challenge the Church either. “We feel like it’s time we came out from under the Church’s cloth on civil and some political matters,” said Menes Magdy, a member of the council and coordinator with the Maspero Youth Union.

Founders of the Council are looking to use it as a lobby group to bring Coptic issues to the forefront, but they also look for it to be a tool and director for Coptic grassroots movement and street activism. The first item on their agenda in this regard is to go out and protest President Mohamed Morsy’s decisions early this week to retire the heads of the Supreme Council of the Armed Forces, and completely reshuffle both the Armed Forces leadership as well as the heads of state-run media. Most of the groups in the council are helping organize the anti-Morsy protest scheduled for 24 August.

Heads of the council were also unanimous in their apprehension regarding Morsy’s ability to form a new Constituent Assembly. “The council’s first crisis is Morsy’s latest decisions. We all must participate on 24 August. It is not a Coptic protest, it is a protest for anyone who wants to preserve the country’s identity, and avoid one group’s dominance of it,” said former MP Kamal Zakher, who helped inaugurate the council.

Zakher believes that many who have incited anti-Coptic rhetoric and spread sectarian strife among the hard-line Islamists were allowed to do so without sufficient interference by the government. He calls on Morsy, whom he acknowledges as the legitimate president, to do so. “Just like a television presenter and newspaper owner are being investigated for insisting the President’s murder, we demand that those who incite the murder of an entire community (the Copts) be under investigation as well,” Zahker said.

Coordination and activism among Coptic groups has not always been a smooth path, and many members of the council acknowledge the problems Coptic activism faced in the past and their subsequent failures.

“Here we do not want to fail like our predecessors did. They tended to dissolve quickly and be sabotaged by members of our own congregation who were only after the limelight,” said Maher Aziz, a council member, businessman and activist.

Some who attended the inauguration were critical of the council for including figures that may hinder their work. “I fear that some so-called activists for the Coptic cause were only after personal gain and only harmed the cause in the end. Some of these people were unfortunately invited to attend the presentation,” said Milad.

According to Bikheet they have a trial period of three months to prove to the National Center for Human Rights that they can be an effective and truly representative group, in order to gain official status.

With the creation of this council, its founders believe that it would add a strong political voice for Copts in Egypt, and help reverse what they see to be a tide of hatred rising against them. “Christians in Egypt are in danger, we must be strong with our voice, this is how,” said Hany al-Gezeiry, the spokesman for Copts for Egypt, an NGO.

The council members hope to reverse the tide of Copts emigrating from Egypt as a result of the apprehensive sectarian situation in some parts of Egypt. “We call on all Copts looking to migrate away from Egypt to rethink,” said Kamal Suleiman, the council’s general coordinator. “As Pope Shenouda once said, Egypt is not a homeland we live in, but one that lives in us.”