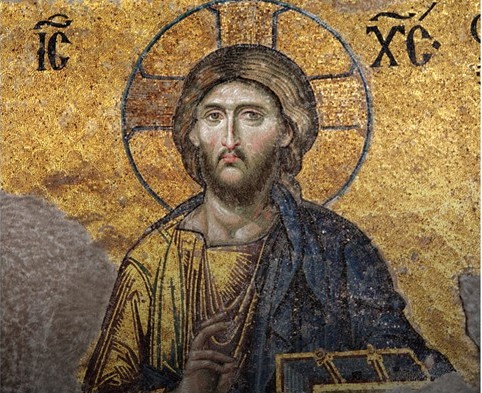 Remarkable news came out of yesterday’s Eparchial Synod regarding the procedure to form a new charter for GOA.  According to the official announcement, “…the process envisions the establishment of a broader Committee, in which all the organizations and bodies of the Church and of the Omogoneia will be represented, plus four representatives from each Holy Metropolis chosen by the respective hierarch. Every member of the faithful will be given the opportunity to send their opinions to a designated email address: [email protected].” Yes, my friends, the official announcement has an active link to the email!…

I believe that it is the first time that an opportunity is given to the faithful to express their opinion as individuals on a new charter and as such it is to be applauded.  Anytime that our church opens up its doors and invites the participation of its faithful towards such a momentous event it’s an occasion to be celebrated and taken advantage of.  After all, we all like to note that Orthodoxy among all branches of Christianity is known for a more democratic organization. This is not the time to analyze its significance and tell what may be hidden behind such a decision; there will be a proper time for that.  What is important now is for the faithful to express their views on the most serious of all aspects of the new charter: The establishment of an Independent Church of America.

Helleniscope has been constantly writing about the thorny issue of the Independence of our Church from the Constantinople Patriarchate.  In a most recent article, we encapsulated the meaning of Independence as “liberating for both sides”.  We said: “The Church of America will have a fighting chance to proceed to the future (hopefully on the road of Panorthodox Unity), while the Turks will have no longer a reason to blackmail the Phanar.”  Obviously, we will be discussing in the weeks and months to come, which form of Independence is most appropriate for our Church: Many support the model of the Church of Crete, others support a more clear form of “autocephaly”.  Although we realize that soon the formation of a “Committee for Independence” will be necessary, for now, we would like to call on our readers to start this effort for Independence by thinking about the following major foundations.  Emailing to [email protected] your thoughts with your signed name is a good idea… If you can do it as a group, it would be an even better idea…

But let me recapitulate what Helleniscope thinks are the foundations of the Independence of our Church:

These five ideas can serve as the foundation of the new charter, although they cannot be exclusive. In any case, I am hoping that they can form the basis for a fruitful discussion. Finally, I cannot stress enough how strong a message your emails, supporting “Independence for the Church of America” can send at [email protected].

UPDATE/CORRECTION (April 8): A reader, who has been part of the GOA administration, reminded us yesterday that at the time of the previous charter change (around 2002) participation of the parishes and the public was also established, as proven by an Orthodox Observer article (link here). It was then that the email address [email protected] was established.  We happily note the information.  We have asked numerous other readers on this subject, but none was able to verify knowledge or memory of using this email by the faithful as individuals. What is important here is the transparency of the whole process.  Please email your ideas and your support for an independent Orthodox Church of America at [email protected] and also demand that the whole process open up and be absolutely transparent.  How? With regular monthly or bi-weekly updates of the progress by the Charter Committee, including updates of the exchanges with the Patriarchate, if any.   And in any other way possible.

Share. Twitter Facebook Pinterest LinkedIn Tumblr Email
Previous ArticleReaders’ Questions/Comments About the Charter Crisis in the GOA
Next Article Why is Pascha So Late This Year?!: SOME COMMON MISPERCEPTIONS ABOUT THE DATE OF PASCHA/EASTER