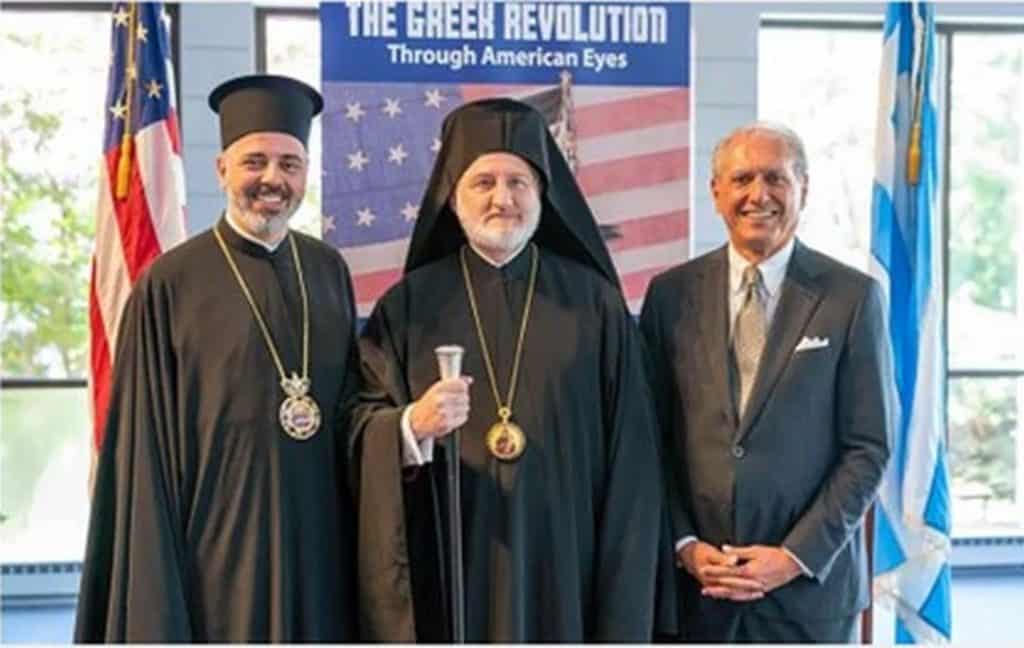 BOSTON – The Chief Secretary of the Eparchial Synod of the Greek Orthodox Archdiocese of America and Director of the Department of Religious Education, Bishop Athenagoras of Nazianzos, in a confidential report dated May 3, 2022, to Archbishop Elpidophoros, reveals the situation during Holy Week Services at Holy Cross School of Theology and for the School in general.

In his report, which was made available to The National Herald, Bishop Athenagoras directly denounces the president of HCHC, George Cantonis, as well as the deans of both Hellenic College, Timothy Patitsas, and of the School of Theology, Fr. George Parsenios, as well as the professors for not participating in the services.

He wrote the following: “The absence of the President from all Services as well as of the deans and professors (except Prof. Philip Mamalakis) caused bad impressions to the students and congregant believers.”

In the Services, presided over by Bishop Athenagoras himself by order of Archbishop Elpidophoros, the Dean of Student life and chaplain, Fr. Michael Kouremetis, also participated, about whom Bishop Athenagoras revealed the following: “I was surprised that Fr. Michael Kouremetis did not know the order of the Services at all and had great difficulty reading the Gospel readings in Greek. To help him, I kindly advised him to read only the long readings in English. I tried to guide him as much as I could. The only time I intervened was on the night of the Resurrection, when I realized that he did not know that we sing ‘Christ is Risen’ ten times after incensing at the beginning of the Divine Liturgy. I started chanting from the throne and said all the verses and sent a student to tell him to incense. After the Service, he told me that in the fifty years of his priestly ministry, no one told him that he should sing ‘Christ is Risen’ and incense around the Holy Altar at the beginning of the Resurrection Liturgy. In fact, he emphasized that such a thing was not taught at the School, either.”

At another point in his report, Athenagoras wrote the following about the senior year students: “I found that the final year students did not know basic things about the liturgical matters, either theoretically or practically. Also, in discussions with priests, I realized that almost none of them remembered what they did during Great Week at the School when they were in their first year.”

It is noted that Bishop Athenagoras does not currently have any institutional position at the School, at the request of its President, Cantonis, who had resigned more than a year ago over the issue of the presence and involvement of Athenagoras at the School, but then revoked his resignation. Athenagoras continues to live in an apartment at the School, monitoring and informing his Ecclesiastical Authority, the Archbishop regarding the president, the deans, and the professors.

It is recalled that before his appointment to the School, Fr. Kouremetis served in the community of the Annunciation of Brockton, MA, where he was transferred from the Cathedral of the Holy Trinity of Salt Lake City, UT, where rifts had been created, which The National Herald wrote about several times.

In another instance in his report Bishop Athenagoras wrote the following:

“I tried to teach the seminarians as much as I could from the Patriarchal order.* I also gave importance to how seminarians should receive a Hierarch, how to receive a blessing, how to bow and where to stand when the Hierarch is on the throne or parathrone. I also insisted on saying prayers, readings, etc. in Greek and English. Finally, I advised seminarians to be decently dressed.

* Due to the pandemic, unfortunately, second and third-year students did not have the opportunity to experience Great Week at the School. This means that while they did the theoretical course, they did not do the practical training. When I asked if they would participate this year, the answer was that it is probably enough that they attended the services in their parishes or online.

* I found that there was no concern about the mandatory presence and participation of the first-year students in the sacred services. There is generally laxity among the faculty on this matter.

* It would be a welcome project for the president, deans, professors and staff to participate in the Great Week services. This will set a good example for students and incoming believers, and strengthen the feeling of cohesion and family atmosphere. In addition, I believe that it will attract new students to the School.”