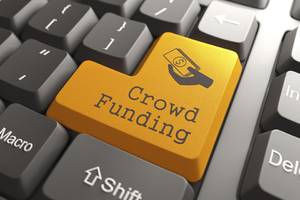 According to the proposal, the fund’s mission is “to raise $25 million to be distributed through an established network of traditional church communities to displaced Christians, and other threatened peoples, in Iraq and Syria — and neighboring countries — before winter.” (©istockphoto.com/tashatuvango)

Christian televisions producers Mark Burnett and Roma Downey, of the acclaimed “The Bible” series, are raising $25 million with help from King Abdullah II of Jordan to help displaced Christians in Syria and Iraq.

Film-producing couple Mark Burnett and Roma Downey have stepped up to renew attention to the needs of displaced Christians in Iraq and Syria who are in urgent need of food and shelter before winter sets in.

The Christian couple behind the Emmy-nominated “The Bible” series have given $1 million to begin funding their Cradle of Christianity Fund. They hope to raise $25 million, said the Christian Post.

“Christians were everywhere: on the streets, in abandoned buildings, in canvas tents that are not water-proof or winterized,” Moore said, as quoted by Christianity Today. “Things are very urgent. We have to move fast. Winter is coming. This week’s rain will soon be snow.” 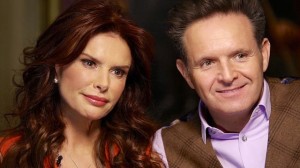 United Nations only has resources to help 40 percent of displaced peoples in Iraqi Kurdistan alone, stated the Christian Post.

And Christians are a heavily targeted group. “More than 90 percent of the Orthodox Christians in Iraq have been displaced due to the security chaos which has prevailed over the country for the past generation,” reported the Al-Monitor newspaper, according to the Christian Examiner.

King Abdullah II of Jordan recognized the couple’s charity efforts. Moore was invited to meet with the king and the patriarchs of the historic Eastern churches in the region to discuss the fund. The director of the organization administrating the Cradle of Christianity Fund, Chris Seiple, said that “Abdullah has been outspoken on the need to keep Christians in the region as integral to a Middle Eastern identity,” reported Christianity Today.

The fund has a three-pronged plan: “Rescue, Restore, and Return,” according to the organization’s written strategy.

According to the proposal, the fund’s mission is “to raise $25 million to be distributed through an established network of traditional church communities to displaced Christians, and other threatened peoples, in Iraq and Syria — and neighboring countries — before winter.”