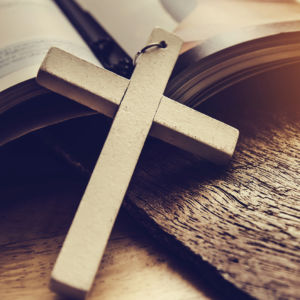 Does Christianity Need Another Luther or Another Reformation? A Catholic Perspective

Martin Luther was a man passionate for God and the Word of God. As an Augustinian monk, a Catholic priest, and a theology professor, he scrutinized and taught the Bible, and was enamored with Scripture.

His intellectual endeavor met with existential questions he was harboring. A central quest for him was that of salvation: What do I need to be saved? This question pursued him as a man aware of his sinfulness; what is the meaning of one’s struggle with evil? How can repentance be achieved?

A spiritual turning point for Luther was the realization that God’s gift of salvation is fundamentally gratuitous, that it is first and foremost an incommensurable gift, in faith. It is neither earned by believers, nor due to them, but bestowed freely by God.

The intimate comprehension of that gift changed his life and ordered anew his theology. Since Paul’s letters were instrumental in this intimate discovery, the centrality of the Word of God became paramount for him; he was given a new life thanks to Scripture. Hence, it is not a surprise that the theological notion of justification and the centrality of the Bible have become hallmarks of the Lutheran faith.

Even before Luther, various reform movements traversed the Western Church of the 16th century. Biblical texts were diffused more widely and even translated in the vernacular. Church authorities encouraged the study of ancient languages, and the University of Alcala, started by Cardinal Cisneros, even produced in due time a polyglot Bible. The excesses of the papacy and the Roman curia were questioned, and many spiritual movements flourished, influenced also by humanistic tendencies. New questions and opportunities arose with the European discovery of America. Change was needed in the Church, and changes were happening. A council had just occurred between 1512 and 1517. Luther, however, would bring a spark.

What started for Luther as an invitation to discussion within the Church in 1517 evolved in a few years into an insurmountable divide. Forces beyond theological reflection were summoned, from Luther’s single-mindedness and passion, to political and nationalistic aspirations from Germanic lands, to burgeoning reformist desires in the Church. Opportunities for discussion among believers were hampered, and divisions grew, leading to the creation of various distinct Christian denominations, each with its own theology and ecclesial structures, apart from the Catholic Church.

The contribution of Luther was not received universally. The reformist movement within the Catholic Church had its day in a subsequent council, at Trent (1545-1563), which clarified the doctrine of justification, introduced various reforms for the formation of the clergy and the exercise of ministry, but it was too late to win over the dissenting groups that had evolved into separate entities.

This state of separation and even conflict — at times bloody — was to last for centuries. On the central theological issue of justification, only in 1999 did the Catholic Church and the World Lutheran Federation issue a “Joint Declaration on the Doctrine of Justification.” Yet, despite the great progress in ecumenical relationships in the last decades, Catholics and Protestants cannot yet share the same Eucharistic meal. The break in communion endures to our day, a high price to pay for the gifts of the Reformers.

Does the Church need reform today? The Church is always in need of reform, because the women and men who constitute her are always in need of conversion. Yet, even a 2,000-year mammoth institution, stretching across continents and time, can surprise us. After all, Christians believe in a Holy Spirit that gives life, not only in the past, but also in the present. Hence, despite its (heavy) structures, the Catholic Church bewildered the world in the 1960s with the Second Vatican Council, which was not called because of a crisis but in a spirit of modernization of the Church, and led to tremendous changes.

More recently, the unexpected election of Jorge Bergoglio as Pope Francis in 2013 stunned even Catholics, and the world keeps watching a pope who challenges many, inside and outside the Church, by being simply a credible herald of the good news of Christ. Reform is happening, at its own pace.

The Rev. Andre Brouillette is assistant professor of systematic and spiritual theology at Boston College, School of Theology and Ministry. 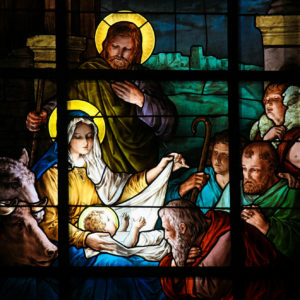 Does Christianity Need Another Luther or Another Reformation? A Protestant Perspective

Five hundred years ago the foundations of Christianity were shaken to their core by a well-meaning Augustinian monk named Martin Luther who was armed with 95 theses written in the hopes of sparking a theological debate over the validity of selling eternal salvation. Tradition tells that Luther nailed his theses to the door of the local Castle Church in Wittenberg, Germany, but this detail is debated and it does not really matter.

What does matter from these events that transpired half a millennium ago is the legacy that remains to this day. Luther translated the entire Bible into the spoken vernacular, which decentralized the power and control of interpretation from the Catholic Church and placed it in the hands of the general public.

In addition, he developed a theology that emphasized free grace gifted by a God who steps down into humanity’s lives, thereby setting us free to love one another and moving the work of God out of the institutionalized church and into the lived experiences of human lives. Luther and the reformers set into motion a complete and totally new understanding of Christian life and identity that this year celebrates its 500th year of existence.

Now this is all well and good; 500 is a great number to celebrate, yet a question seems to loom over the festivities and jubilations. “Will there be another 500 years of this? Will there even be another 50?”

Christianity is experiencing a shift within its U.S. context. The age of Christendom has come and gone, and Christianity is losing its controlling grip on the politics and policies of the nation. Many people contend that the church is “dying” as membership across all Christian denominations continues to decrease and every month church buildings close their doors and end their ministries.

It seems natural on this momentous anniversary to wonder if the tradition is due for another visionary leader and shift in ideology. Is it time for another prophet to rise up from the ranks of the commoners and usher in a new era of discovery, prosperity, and reform?

No. It is not the time. Nor will it ever be the time. And here’s why: Christianity is still in the era of reformation that began 500 years ago. Luther provided the theological framework that handed the work of continually reforming the church into to the hands of the wider church body who then gladly took it and ran with it.

Instead of waiting for another singular reformer to “save” Christianity, the entire Christian community needs to live into the tradition of reforming the Church so that it accomplishes the work the world most desperately needs.

This communal work of reforming is already taking place. An example from my context of ELCA (Evangelical Lutheran Church in America) Lutheranism is a grassroots movement known as #DecolonizeLutheranism that has gained incredible momentum within the church. This movement works to dismantle the systems within the ELCA that oppress, divide and damage individuals who encounter the church. The work of #DecolonizeLutheranism is deeply reformational and an example of how the work that began 500 years ago continues within Christianity today.

Another example of the continuing reformation is German pastor, theologian and assassination conspirator Dietrich Bonhoeffer. After having been arrested by the Third Reich, Bonhoeffer wrote several letters and papers from prison. One such paper, “After Ten Years,” reflects on a decade of life under Hitler, and the relevancy of Christianity. A section titled “Are We Still of Any Use?” explores questions similar to those being addressed in this article. Bonhoeffer answers his own question saying: “We will not need geniuses, cynics, people who have contempt for others … but simple, uncomplicated and honest human beings. Will our inner strength to resist … have remained strong enough, and our honesty with ourselves blunt enough, to find our way back to simplicity and honesty?”

Bonhoeffer understands the needs of the church not to be another reformation, but individuals who are simple, honest and able to continue the already present work of reforming the Church in the face of great evil.

In short, Christianity does not need another singular reformer like Luther, nor will it ever. What Christianity needs in this age and all ages to come is communities of people willing to take risks, challenge authority, and speak truth to power. The era of reformation has lasted 500 years, and I firmly believe that the work of the entire church community that is currently taking place will carry it into another 500.

Tom Gehring is a master of divinity student at Luther Seminary and candidate for Ministry of Word and Sacrament in the Evangelical Lutheran Church in America.