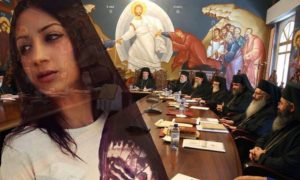 The Holy Synod [of the Orthodox Church of Cyprus]decided unanimously on Wednesday to defrock the priest who was convicted in 2015 for sexually assaulting Elena Frantzi, the 29-year-old woman whose recent death shocked the public and left church and state scramble for answers.

The decision was taken unanimously by the 18 members of the Holy Synod, after the case against the priest of Tamasos and Orinis was brought back by the bishop of that diocese.

The priest served 18 months in prison when he was convicted in 2015 on charges of sexual assault brought up against him by Elena Frantzi. To this day, he maintains his innocence even after serving his sentence.

Following Elena’s passing, the church came under fierce criticism for the way it handled the case and for the fact that there were different opinions within the clergy on the matter. The priest still received support from some circles in the church and even his community, in Ergates, some of whom did not believe justice was served with his conviction.

Elena’s death caused both church and government to scramble in the aftermath, as the state had placed her in foster care at the age of 4 with the now-deposed priest’s family.

Elena was found dead in March at her home in Tseri, Nicosia, but the precise cause of death is still unknown. Her passing shocked public opinion in Cyprus when it emerged that she had reported abuse by her foster dad and his wife when she was young.

A cousin of Elena told the media that the young victim was telling the truth and that her cousin had confided in some people that she was suffering abuse. The foster mum also admitted on live television that she remembered striking Elena on the hip using a wooden spoon because she got angry, after learning that her step daughter had stolen jewelry that belonged to a church.

The signs of a troubled childhood had been obvious according to experts who spoke in the media. However, the circumstances of the sexual abuse conviction of the foster dad in 2015 remain unclear.

The Legal Services department had -at the time- decided not to prosecute the step mother, but it was announced recently that she would eventually face physical abuse charges as well. When police examined the case more than two years ago, there were three suspects, the priest, his wife, and a third person reportedly an employee of the social welfare office.

Commissioner for Children’s Rights Leda Koursoumba said the state had failed to protect Elena and called on officials to work harder in order to improve and modernise the Social Welfare Services. 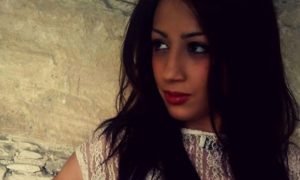 New information has emerged about Elena Frantzi, whose recent death shocked Cypriot society, just one day after her family warned it may take legal action against anyone who spreads misinformation or violates the privacy of their departed loved one.

Elena, who had a very troubled past as a young girl, died last month in Nicosia, while the precise cause of death is still unknown.

Media speculation painted a picture of a young woman who was abandoned, left alone and perhaps contemplated suicide. But new information emerged suggests Elena was planning to buy furniture.

In fact, a social welfare worker was supposed to go with Elena to buy furniture for her apartment in Nicosia, where her body was reportedly found. Experts describe buying furniture as a long-term plan for someone who would have the will to live, which contradicts Elena’s image in the media after her recent death.

Her story caused both the church and government to scramble in the aftermath, as the state had placed her in foster care at the age of 4 with a priest’s family.

Elena’s family issued a statement through their attorney on Wednesday to thank people who showed love for Elena even after her untimely death. They also had words of praise for Bishop Isiah of Tamasos and Orinis, who took special care of Elena in the last few years, and called on the Church to take tougher action against abusers in the clergy.

The family was also in support of the re-opening of the case against the priest’s wife, who admitted on live television she had struck the Elena when she was young using a wooden spoon. That case was dropped but Attorney General Costas Clerides ordered it re-opened.

“Otherwise, we reserve our right to file a formal complaint with the police for defamation of the deceased,” the statement said.

The family also said they would set up a fund in the memory of Elena Frantzi, which would provide support to abuse victims, hoping also for state financial support in this endeavour.

Last week the House drafted new laws to increase sentences for such crimes, turning most of them from misdemeanours to felonies. The Supreme Court also sided with the attorney general last week who appealed what he thought were very short sentences for sex offenders.

The family believes a new light will shine on the whole truth in Elena’s story, who died in a society which is only now beginning to pay serious attention to sexual abuse and the problematic foster care system.

The exact cause Elena’s death is expected to be made known in about a month.