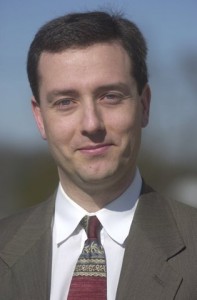 Sean McDermott, spokesman for the District Attorney General’s Office, said Monday the office could not comment on ongoing investigations that involve prosecutors or any area law enforcement agency.

Darrell DeBusk, KPD spokesman, said Monday he could not comment about an open investigation.

Church officials have briefed members on what a review of church finances showed over the last several years. A lawyer and former FBI agent conducted it.

The former treasurer is identified in the report as Constantine Christodoulou.

According to the incident report, “suspect Constantine Christodoulou embezzled a total of $400,950 over the course of four years. Occurrence between 2011 and 2014. Complainant stated he will prosecute.”

Earlier this year church officials feared about $360,000 have been taken.

The treasurer assumed the office Jan. 1, 2011. Soon after, he began making transactions that in retrospect were questionable, the review showed.

The Rev. Anthony Stratis informed the church in a February letter that the former treasurer admitted using the money for his own personal use. He also pledged to repay the money, according to Stratis’ letter.

The church believes the treasurer took money from its various bank accounts. The church handles a lot of cash during the annual Greek Fest. The review of finances could not verify if there had been cash thefts as well.

In recent months, after members began noticing money irregularities, “rationalizations were given,” Stratis wrote in the February letter. Trusting church members decided there was no reason for a more rigorous inquiry.

Then, ultimately, Stratis wrote, “…too many alarms indicated unquestionably that a breach had occurred.”

As a result of the thefts, the church’s accounts had been depleted to less than $2,000, according to the priest.

A special general assembly of the church this spring authorized securing a $150,000 loan to cover basic needs, such as paying the church KUB bill.

Within weeks after the thefts were made public, the church suffered another setback: a fire early April 12 – Orthodox Easter – that heavily damaged the sanctuary.

The church had planned months ago to install a smoke alarm in the sanctuary but was warned by the treasurer that it was too costly, according to members.

In his letter earlier this year, Stratis concluded: “It is certainly difficult to ask a community of hard-working, dedicated, and faithful members to turn around and start all over again because of the actions of one individual. However, we should remind ourselves that the need is here; it is time to address that need. We should also remember that each one of us thirsts for God’s great mercy, therefore we must be merciful ourselves.”

Calls to Stratis and John Peroulas, head of the Parish Council, were not immediately returned.