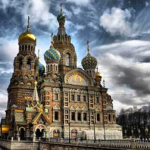 Moscow, December 12, Interfax – The Russian Orthodox Church urges not to allow civil confrontations in Russia as the part of society is not conformed with results of votes counting at the parliamentary elections.

“We can’t but express satisfaction that rallies in Russian cities are generally peaceful, in frames of law. No matter how political positions vary, the most important thing today is to keep civil peace and statehood, not to allow new 1905, 1917, 1991 or 1993,” head of the Synodal Department for Church and Society Relations Archpriest Vsevolod Chaplin told an Interfax-Religion correspondent.

The priest urges those who seek new revolutions to remember that “God won’t forgive misfortunes they produce, won’t forgive sufferings of their neighbors.”

He accepted that there were many emotional and even insulting slogans at the recent rallies. “However, very serious questions, not comfortable to authorities, were also raised. Let’s hope that authorities will answer them adequately and honestly,” the priest said.

According to him, peaceful character of meetings creates conditions for national dialogue on format of electoral processes and means of public control over them.

“I’m sure such a dialogue is needed to preserve civil peace and people’s confidence in authorities. All political parties, representatives of different social groups, religious communities, public associations, including liberal and conservative oppositionists could participate in the dialogue. There are many platforms for the dialogue – for example, the Public Chamber,” the church representative believes.