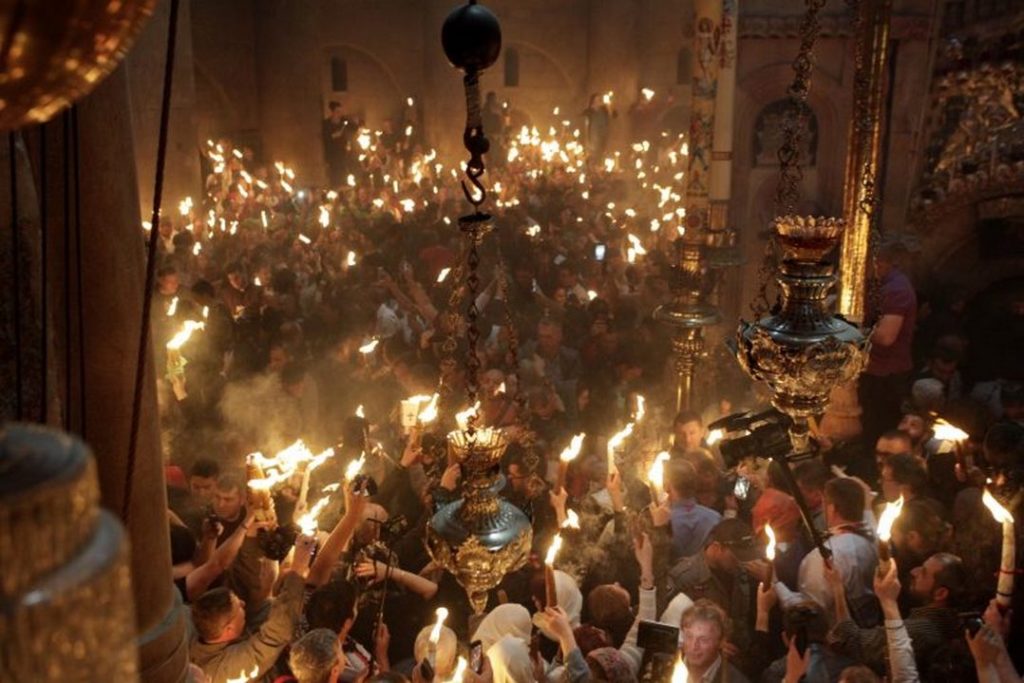 FILE – The arrival and reception of the Holy Light at the Holy Sepulcher in Jerusalem. Photo, April 15, 2017. (Photo by Eurokinissi/Christos Bonis)

JERUSALEM (AP) — The three churches in charge of Jerusalem’s holiest Christian site say they have reached an agreement to begin a multi-million dollar renovation of the Church of the Holy Sepulcher.

Leaders of the Greek Orthodox, Catholic and Armenian churches issued a statement Monday announcing the project to restore the foundations and flooring of the church, where many Christians believe Jesus was crucified, entombed and resurrected.

A Greek team headed the 2016 restoration project to preserve the aedicule, a large structure inside the church housing the tomb. The upcoming second rehabilitation project will involve two Italian institutions.

The Church of the Holy Sepulcher is shared by multiple Christian sects under a status quo management agreement. Even perceived alterations to the status quo have resulted in arguments or violence.