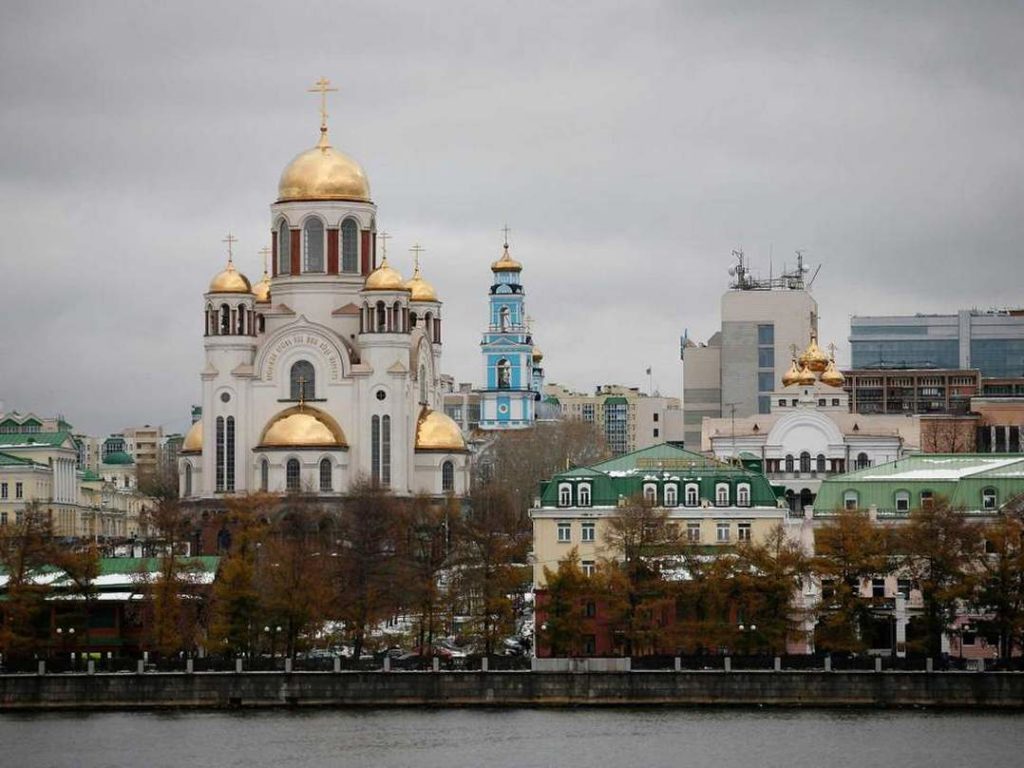 The Cathedral on the Blood in Yekaterinburg, Russia ( Getty )

Yekaterinburg, Russia — Hundreds of people from the Russian Urals city of Yekaterinburg protested Tuesday against a controversial plan to build a Russian Orthodox cathedral in a central park.

The Kremlin said it was monitoring the situation after some 2,000 activists toppled a fence around a construction site and clashed with security guards and martial arts enthusiasts linked to an investor in the project.

Tensions around plans to build new Orthodox churches are not uncommon in Russian cities, including the capital Moscow.

The Church says that it needs new facilities for worshippers after the destruction of many of its buildings in the Soviet era, as well as to provide for those living in modern suburbs.

In Yekaterinburg it wants to build a recreation of a cathedral demolished in 1930 under a Soviet anti-religion campaign, to be dedicated to Saint Catherine. But locals are up in arms about the loss of a valued green space.

“To build the cathedral, they want to destroy the park, which is a favourite place for residents to relax,” the Yekaterinburg activist group said in a post on its website.

Tensions came to a head in Yekaterinburg after locals found on Monday morning that a large swathe of the green zone had been fenced off to prepare for the cathedral construction, local media reported.

The crowd formed a human chain around the fence and eventually toppled it, clashing with heavily-muscled men guarding the site, among them a professional MMA fighter Ivan Shtyrkov, known as the Ural Hulk.

He heads a boxing academy founded by a major donor to the cathedral-building project, billionaire metals tycoon Igor Altushkin.

The tensions continued overnight and during the day on Tuesday.

Regional governor Yevgeny Kuivashev responded by holding an emergency meeting behind closed doors with representatives of the Church and activists.

President Vladimir Putin’s spokesman Dmitry Peskov told journalists that the Kremlin was “following what is happening there”.

The diocese of Yekaterinburg said the cathedral construction was legal and its completion in 2023 would be a “historic event”.

Several attempts to build the new cathedral in various parks in the city fell through in the past due to public opposition.

Activists protecting the park called for a referendum on the issue, but local lawmakers voted against holding one earlier this year.