[ditty_news_ticker id="27897"] Cleric: “No Going Back” on Ukraine Split from Russia Church 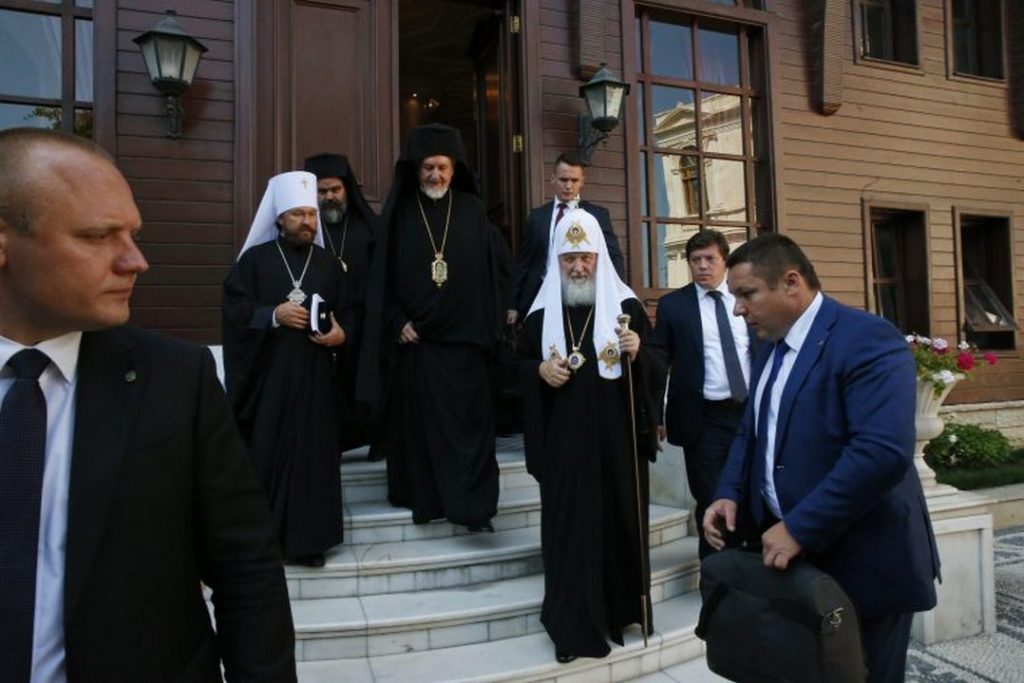 Patriarch Kirill of Moscow leaves following his meeting with Ecumenical Patriarch Bartholomew I, the spiritual leader of the world’s Orthodox Christians, at the Patriarchate in Istanbul, Friday, Aug. 31, 2018. (AP Photo/Lefteris Pitarakis)

CONSTANTINOPLE (AP) — A senior official in the Orthodox Church says “there’s no going back” in granting Ukrainian clerics full ecclesiastic independence from the Russian Orthodox Church.

However, Metropolitan Emmanuel of France, who is part of a committee dealing with the Ukrainian question, told The Associated Press that the final step of the procedure has yet to be reached.

His comments came as Ecumenical Patriarch Bartholomew I welcomed Patriarch Kirill of Moscow in Istanbul on Friday.

Ukraine’s president has launched a campaign to persuade Bartholomew, seen by many as the first among equals of Orthodox leaders, to accept Ukraine’s request.

Ukrainian politicians see a declaration, known as a “Tomos of Autocephaly,” as a key step in consolidating their country’s national identity.

Russian religious leaders see it as an attack on Orthodox unity.